Annual Statement of the National Chairman, Mr Fred T. Phaswana to the National Council of The South African Institute of International Affairs.

At the start of 2007, South Africa assumed for the first time a non-permanent seat on the UN Security Council, pledging to ‘do everything necessary further to contribute to international peace and security’. For many this was a belated acknowledgement of South Africa’s committed and active multilateralism, both in Africa and globally, since its re-entry into the community of nations in 1994.l

This can be a defining moment for South Africa, a tremendous opportunity, which allows us to reaffirm the principles that have made us a moral beacon for others in Africa and elsewhere. These principles form the foundation of our constitution – a society based on democratic values, social justice and fundamental human rights, where the dignity of all is respected and protected. In our rhetoric we aspire to achieve this in the international arena too, and this motivates our active foreign engagement bilaterally and multilaterally.

Africa continues to be the centrepiece of our focus, yet South Africa’s foreign policy is not constrained by geography. With a seat on the Security Council, South Africa’s position and initiatives on Iran, North Korea and the Middle East, to name but a few, will become not only more public, but also more scrutinised for whether it provides the leadership that it so aspires to.

For South Africa’s African engagement, the year 2006 was crowned by the successful conduct of the elections in the Democratic Republic of Congo, the first democratic elections in four decades. Since the fall of Mobutu, South Africa has expended much diplomatic energy in securing an all-inclusive peaceful transition from civil war. Yet, the fighting that broke out in March 2007 underscores the fragility of the peace process and the importance of both South Africa and the African Union staying the course. In Southern Sudan, South Africa has also been very active in the post-conflict terrain; but the peace process remains tenuous, compounded by the conflict in the rest of the country, most notably Darfur.

South Africa’s stated foreign policy objectives are aspirational, imbued with a vision and moral authority that emerged from its own peaceful transition, which restored human rights, democracy and dignity to society. Equally, they aimed to affirm and strengthen the voice of the South in a world skewed in favour of the rich, and to build bridges of understanding with the North.

The hard reality of operating in a global system driven largely by realpolitik has made many elements of these objectives difficult to operationalise. There are clearly limitations to what can be achieved in this terrain by a middle-ranking country like South Africa. Too often, the world’s and South Africa’s expectations exceed what is possible; and paradoxically, sometimes South Africa underestimates that which is possible.

Thus, while South Africa’s focus on building coalitions of the South, and speaking out against the injustices of the world’s dominant states, has been fairly consistent, it is regrettable that it has faltered in the face of violations of principle, such as human rights and freedom from fear, when these have been in its backyard.

The recent events in Zimbabwe have brought into stark relief (if that was necessary) the brutality of the state apparatus in the service of a small elite intent on ignoring the obvious – that the country is in a deep political crisis of legitimacy. The discipline of international relations has moved beyond the traditional focus on the inviolability and sovereignty of the state, to a more human-rights focused definition, where human security is the central preoccupation and the source of state legitimacy.

In Zimbabwe, human security has been violated repeatedly. But the human suffering there is also a tragedy for the continental vision espoused by African leaders – of good governance, democracy and accountability, and respect for human dignity and the rule of law. I am certain that it is not that African leaders are not aware of the need for change, but their unwillingness to offend their peers seems to be more powerful than their commitment to avowed principles.

Principles are universal and timeless. Reaffirming them publicly can never be incompatible with using dialogue as a vehicle for conflict resolution, much as leaders may be convinced that it is.

Principles may not always be easy to apply in a world where realpolitik rules, but they should form the backbone of what has made democratic South Africa an example. South Africa’s history and the manner of its transformation confers on it more, not less, global responsibility to protect and advance a rules-based international order that does not countenance impunity of any form couched in the protective armour of state sovereignty, and where human dignity is defended and preserved. In earlier years, the international community’s solidarity with South Africans helped to keep the pressure on the apartheid regime. It epitomised the triumph of human security over the legalistic platitudes of a ‘sovereign’ but ‘illegitimate’ state.

The success of a nation’s diplomacy is cemented on a case-by-case basis. It hinges on consistency, predictability and transparency. There is no question that the time has come for South Africa to recalibrate its compass to point towards ‘true principles’. To re-affirm the founding principles of its constitution and to re-assert its moral authority in a world order that, in recent years, has often lacked such authority.

As a non-permanent member of the UN Security Council, South Africa can be a compelling advocate for the benefits of reforming the world body and the Council. It should seek to inspire confidence as a bridge builder, focused on strengthening the global values underpinning the multilateral system, rather than one pursuing a narrow agenda, which may sometimes stand in the way of realising broader goals.

A strong rules-based multilateral system is critically important in this time of global change. We are living in a period of power transition, undergoing tectonic shifts, which have not yet fully determined the shape of the new geography. The collapse of the bipolar world is a distant memory, as is the euphoria that followed it. But the uni-polar world of the last decade or so is also weakening. A uni-polar world projected only on hard power has clear limitations. Four years after the invasion of Iraq, the US’s omnipotence is severely punctured. The rise of new global and regional powers such as China, India and Russia, is transforming the international landscape into a multi-polar one, with its attendant unpredictability and potential turbulence. For some time yet, there will continue to be less deterrence and more insecurity.

During global change from one era to another, strengthening the multilateral system is both more difficult, and more essential. Yet, it is unclear whether there is an emerging consensus on the main principles and pillars of a global order, and its institutions.

For a middle-ranking power like South Africa, the challenges presented by these power shifts provide an opportunity to make a meaningful contribution on two fronts: at the international level, in developing consensus across political and cultural divides on the foundations of a fair and equitable global governance regime, and at the state-to-state level, in holding fast to our principles, focused on human rather than state security. This is indeed an ambitious and demanding foreign policy agenda.

Bold visions necessitate difficult decisions. Difficult decisions require an understanding of the complex interplay between policy options and their short, medium and long-term implications. While it is not the role of think-tanks to be prescriptive and certainly not their purpose to be liked, it is their role to help understand the policy environment, highlight policy options, and critique decisions and developments.

The continent’s central challenge continues to be the development of indigenous research capacity upon which policy options nationally, regionally and globally can be based. There are a number of centres of excellence throughout our region, but governments choose to ignore this resource at their disposal. Moreover, often African agendas are set not on our continent but outside our region. To change this, requires bold steps from our governments to nurture independent African-based analysis that is not satisfied with mediocrity. This could be uncomfortable, but that is the role of independent thinkers and institutions: to boldly challenge the status quo and inspire us to do better.

The South African Institute of International Affairs (SAIIA) is driven by a vision to support Africa’s aspirations of a better future for all its citizens. Our credo is pursuing excellence through policy relevant research, developing networks across the continent – thereby optimising synergies, and building capacity to engage with Africa’s many foreign policy and multilateral challenges in an interconnected world. Dialogue, debate, research integrity and independence define our engagement.

As an independent body, and moreover a public institution, we will continue to strive to fulfil this role with the integrity and responsibility that our mandate impresses on us. Many believe that our country and our continent stand at a crossroads. Indeed there is no turning back. Our destiny and that of our children will be determined by the courageous and prescient or timid and selfish decisions that our leaders take. 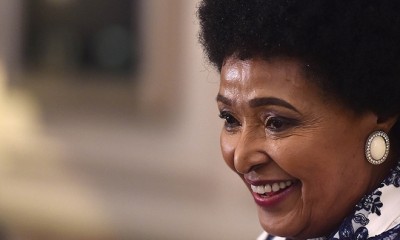