With the tempo of electioneering gathering pace in South Africa in preparation for the April 22 poll, one cannot but wonder what difference the frenetic efforts of politicians and their spin-doctors actually make to the voter.

In 2009 alone, at least twenty countries on the continent are going to hold elections of some sort – from presidential to municipal. Do election manifestos provide sufficient guidance for voters to make a choice among the competing parties?  Do they contain enough information, and particularly specific undertakings by the parties on what they would do if elected into government? And can parties deliver on the promises? A public debate in Johannesburg a fortnight ago on the issue carried the title “Election Manifestos: Sound and Fury Signifying Nothing?”

From public discussions like this one, one often comes away with the feeling that there is very little value in manifestos. The truth is that hardly anyone reads these documents, which can range from mere sloganeering to monumental tomes packed with dry bureaucratic-academic-political-speak. This includes the media that reports about them and the average voter. I’d agree, having followed, observed and commented on elections in Africa and around the world since 1992.

If manifestos are generally ignored, and if parties continue to produce these “sound and fury” documents, what can be done -particularly by the voters – to change the equation? My suggestion is for voters, singly and in groups, to rather present parties and their candidates with their own lists of demands, and have prospective representatives “contract” to deliver on them, rather than waiting to hear politicians’ promises.

This approach would have several advantages. First, because they will be driven the interests of voters as “customers,” they increase the pressure of performance on politicians.

Second, because concerns of citizens should be the raison d’être of politicians, they can be used as a means to judge, retain and dismiss them from office -whether by recall (where possible) or at the next poll.

Third, because they come from the ground, they constitute an assignment for politicians, not just a selling tactic.

Fourth, because they are grassroots-generated and talk to the lives of the voters, they are less likely to disappear into the post-election mist of amnesia that often attacks both elected representatives (as they come into office) and the voters themselves (at the next election).

In short, because every voter has a need-based input into the mandate of elected politicians, they will always remember, and have a vested and continued interest in their performance, as opposed to manifesto promises that tend to originate from politicians, who claim to “know” what the voter wants -often without asking them.

These demand-driven manifestos should require, among others, the following from commitments politicians:

The concept of a voters’ manifesto or compact between voters and representatives is not new, and has been tried in different guises over the years -mostly by specific interest or lobby groups like the women’s coalition FemAct in Tanzania (they have been doing this since the 1990s). Often, however, the demands are not systematically integrated into what politicians promise to do for the wider community, and are therefore marginalized by both, or used only for symbolic effect.

Without prescribing what issues could go into a possible voters’ manifesto (there are clearly many pressing issues that all voters across the continent would want in these, such as jobs, education, food security, health -especially primary health facilities and the fight against HIV-AIDS- and corruption), I believe bringing together two elements would be the basic requirements of such a proposal: first would be a commitment on the part of politicians along the lines outlined above -thus providing the “employment contract” and defining the terms of reference for the relationship between voter and representatives. Second would be the list of voter needs and priorities that become the “performance contract” and specific assignment for the employee (representative) during their term in office. Of course, each constituency would have its list of priorities, and therefore a mutually agreed priority balancing would have to be made.

This is my suggestion of how those voting this year could approach the failed marketing tool that is the election manifesto. And if it is the principle that MPs and councilors are representatives and servants of the people, then no party should have a problem accepting or adopting this kind of approach, regardless of the system in place. The manifestos thus produced would be not only relevant, but practical as well as useful in helping voters decide who to cast their ballots for on polling day -and a few trees would be saved in the process.

Is this feasible? We have a chance to experiment in countries from Algeria to South Africa, from Somaliland to Guinea Bissau this year alone -and another set of twenty countries every year going forward, until we get it right.

Nuclear energy and techno-nationalism in Egypt 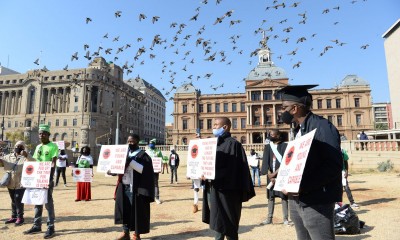 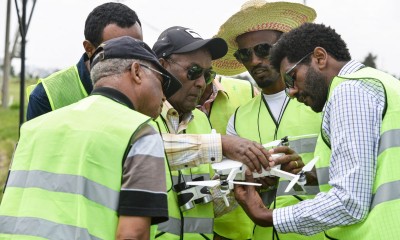 Technology for development and inclusion in Africa

Peaceful use of nuclear energy in Africa