The celebrations and tribulations of Southern Sudan’s Independence

Since gaining independence from the United Kingdom on New Year’s Day in 1956, Sudanese people from both the north and south have had to endure two civil wars that lasted a total of forty years.

The first civil war began in 1955, a few months before independence as the state of Sudan, and lasted until 1973. The second civil war started in 1983 and ended 23 years later in 2005, with the signing of the Comprehensive Peace Agreement (CPA). In addition to the massive displacement of people during the most recent war, 2.5 million people lost their lives. Southern Sudan’s independence thus ends a long and very painful history of North-South conflict.

At this very emotional and historical moment for the people of Southern Sudan, it is necessary to remember all the heroes and martyrs of a monumental struggle for rights, political recognition, and economic self-determination. Foremost among the personalities to remember is the late Dr. John Garang de Mabior, who’s leadership and strategic vision led to the creation and ultimate evolution of the Sudan People’s Liberation Army and Movement (SPLA/M). It became a formidable military and political force in the heart of Central Africa. History will remember him as a true African liberation hero, and for his courage in the face of extreme adversity. The people of Southern Sudan still feel the void left in the wake of his untimely and controversial death in a helicopter crash a few months after signing the CPA.

The major challenges Southern Sudan faces are well known to those interested in the history and politics of the region. In addition to the lack of basic infrastructure and the need to form a cohesive national identity, Southern Sudan has in recent months experienced several internal security threats. During June 2011, reports surfaced of attacks on the homes of SPLM officials in Southern Kordofan, while similar tensions are prevalent in Blue Nile state. An even more disconcerting indication of internal conflict brewing in Southern Sudan came during May when residents accused the SPLA of setting fire to 8000 homes in three districts of Mayom County, Unity state. The SPLA claims their soldiers are not responsible for setting houses on fire, but that it may have been caused due to fighting between the SPLA and armed insurgents active in the area. If one adds current tensions in Abyei to the list of potential internal flashpoints in Southern Sudan, it becomes clear that the SPLM will have its hands full to gain control over its territory after the independence party this month. 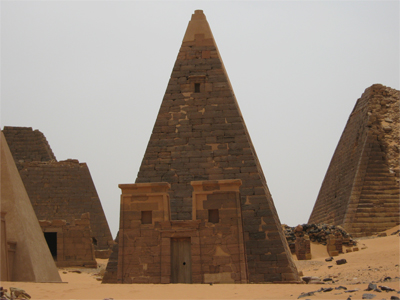 Land disputes, a long standing cause of friction in Southern Sudan, will also affect the new central government. Ethnic groups that live in and around Juba (the capital), where the government has been based since 2005, recently indicated that they may not be willing to allow the government to permanently settle there. They argue that as Southern Sudan’s capital, Juba will expand dramatically, leading to more pressure to access land for urban and economic development. Will Southern Sudan therefore have a homeless central government? If this is the case, the government will share in the plight of countless Southerners who battle to access basic resources like land, water, and other means of subsistence. The solution may be for Southern Sudan to have a ‘nomadic capital’ that can migrate between regions.

In Northern Sudan the political challenges are also mounting. As Southern Sudan progresses towards independence, the Northern political landscape is bound to feel the impact of this grand historical loss of territory, resources, and people. The management of shared oil resources – ensuring that the territorial split will not upset the lives and livelihoods of Sudanese on both sides of the border – and creating an enabling environment for Northerners to survive economically, will be priorities for the Khartoum government.

Regardless of the mounting list of internal and regional challenges the two Sudan’s will have to face after 9 July 2011, it is important to underline the fact that Southern Sudan’s independence would not have been possible without the commitment of Northern and Southern leaders to seeing the CPA process through to its conclusion. Following on one of Africa’s longest and bloodiest conflicts, the CPA paved the way for Southern independence. Although the road may be long, and many challenges await Southern Sudan after independence, the world can celebrate the dawn of a new chapter in the history of the Sudan and the Horn of Africa region.