Bioterrorism – the manipulation of disease crises by terrorist groups to achieve political aims – is an under-researched threat to Africa.

The increasing frequency of epidemics and pandemics such as Ebola and COVID-19, concurrent with the regional increase in terrorism, increases the potential for disease crises to be exploited as political weapons by terrorist groups, either directly or indirectly. This paper produces insights about the intersection of terrorism and disease in Africa through the exploration of terrorism’s interaction with the Global Polio Eradication Initiative (GPEI), with reference to targeted violence, anti-vaccination rhetoric and anti-West suspicions in Nigeria, Pakistan and Afghanistan. Terrorism is shown to be significantly hindering polio eradication in these states, and it is argued that these actions should be incorporated into an expanded conceptualisation of bioterrorism. Lessons are drawn from the GPEI to augment current understandings of terrorism, counter-terrorism and disease in Africa, with recommendations for future action.

In an entirely unprecedented turn of events, the field of global health has been thrown to the forefront of the world’s agenda after the outbreak of SARS-CoV-2 in Wuhan, China, spread to become a global pandemic in early 2020. Known as Covid-19, the virus has left few states unscathed, with global cases at the time of writing surpassing 141 million and deaths standing at over three million,1Worldometer, ‘Covid-19 Coronavirus Pandemic,’ April 17, 2021, https://www.worldometers.info/coronavirus/coronavirus-deathtoll/ but the scope of the devastation goes further than mortality. Economies have been demobilised, health care facilities are overwhelmed, unemployment has spiked, and borders have tightened. It is in these contexts of disease, disruption and fragility that terrorists can thrive.

The African continent is situated within a precarious nexus of conflict, terrorism and disease, yet bioterrorism, as a dangerous combination of the latter two, is a topic that is significantly under-researched in the African context, placing the continent in a vulnerable position for the decade moving forward. Experts at the Council of Europe have suggested that the aftermath of the Covid-19 pandemic may see an increased use of bioweapons by terrorists, after seeing the potential for mass disruption and destruction.2Deutsche Welle, ‘Coronavirus: Experts warn of bioterrorism after pandemic,’ May 25, 2020, https://www.dw.com/en/coronavirus-experts-warn-of-bioterrorism-after-pandemic/a-53554902 Indeed, there have already been terrorist groups exploiting the situation, as well as threats and reported cases of the Covid-19 virus being spread deliberately.3United Nations Institute for Training and Research, Impact of Covid-19 on Violent Extremism and Terrorism (Geneva, Division for Peace, 2020).

These connections between terrorism and epidemics are not new, and similar patterns are found when studying the case of terrorism and polio. The eradication of polio – an event that could be one of the greatest achievements in global health – is proving to be a frustratingly stubborn mirage in the face of rising challenges.

The past decade saw global actors moving closer than ever to celebrating complete eradication, with only two states still classified as polio-endemic – Pakistan and Afghanistan. This made the resurgence of polio in Nigeria in 2016 a massive shock globally, prompting the urgent need for reassessment amid fears of it spreading to other African states.4Maryn McKenna, ‘Terrorists Hamper Polio Eradication Efforts in Africa,’ National Geographic, October 24, 2016, https://www.nationalgeographic.com/news/2016/10/world-polio-day-resurging-endemic-in-nigeria/ While Nigeria has since been declared free of wild polio once more and the whole of Africa is thus now officially polio free,5Jeffrey Kluger, ‘The World Health Organization Declares Africa Polio-Free,’ Time, August 25, 2020, https://time.com/5883233/africa-declared-polio-free/ in a globalised world the threat of resurgence still lingers.

Vaccinations are the key to irrevocably eradicating this disease, but this achievement has been hindered by various factors in the three states under study here. These include inability to access areas for immunisation, attacks on vaccinators, health care malpractice, anti-vaccination rhetoric and general conflict.6Shazia Ghafoor and Nadeem Sheikh, ‘Eradication and Current Status of Poliomyelitis in Pakistan: Ground Realities,’ Journal of Immunology Research 21 (2016): 1–6. As terrorism ties closely with many of these situations of instability, this brings into question the possible relationship between terrorism and the undermining of polio eradication efforts.

If the hindrances to polio eradication efforts are not analysed and combatted, it is highly possible that what should be an antiquated disease will again bedevil certain less economically developed states. Conversely, the exploitation of disease crises such as polio and Covid-19, directly or indirectly, may exacerbate the impact of terrorism. Taking a global health perspective on terrorism, this paper will delve into the specific ways in which terrorism directly and indirectly challenges the Global Polio Eradication Initiative (GPEI) with reference to Nigeria, Pakistan and Afghanistan. This paper uses a broadened definition of bioterrorism, going beyond its typical usage to explore the nexus between disease and terrorist activity, focusing on the research question: What is the relationship between terrorism and the global polio eradication efforts? Following this, sub-questions will be interrogated: How does this relationship link to existing understandings of bioterrorism? What are the implications and lessons for bioterrorism preparedness in Africa?

The scope of this paper does not seek to claim that terrorism is the main factor obstructing polio eradication efforts, but instead aims to explore how terrorist activities threaten progress, and how the phenomena witnessed in relation to polio could be relevant to studies of disease and terrorism in Africa. Furthermore, it does not intend to cover the biomedical side of the traditional definition of bioterrorism, wherein viruses are directly created/stolen/chemically manipulated by terrorists for their own purposes. Different viruses vary in their ability to be spread as bioweapons, and even though there certainly is potential for viruses such as polio or Ebola or Covid-19 to be utilised in this manner, that aspect of speculation is left for future research.

This article was first published (open access) by Routledge of Taylor & Francis in the South African Journal of International Affairs, Vol 28.2 (2021), pp. 145-165. Read the full article. 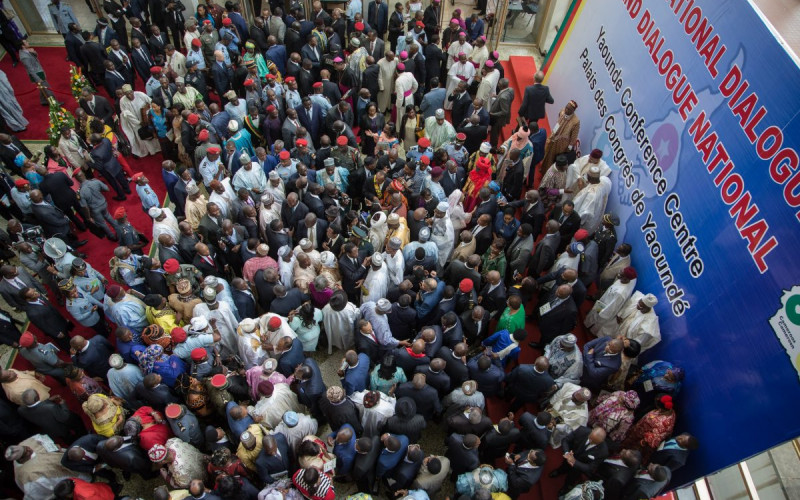