What will Uganda’s Elections mean for Parliamentary Oil Governance?

Next month Ugandans will go to the polls for presidential and parliamentary elections.

It is an interesting time for a changing of the guard in Parliament, as Uganda will soon be the latest oil-producing country on the continent. Tullow Oil Plc, the London-based company leading oil development in the country, recently increased its figures for proven reserves to 1 billion barrels, representing billions of dollars in potential government revenue.  Already there are concerns over a lack of transparency and government accountability related to oil agreements and revenues. What role is Parliament expected to play in holding the Executive to account and ensuring greater transparency in the oil sector?

Uganda’s unicameral Parliament is dominated by the National Resistance Movement (NRM), which holds 64 per cent of the seats in the legislature.  The remaining seats are divided between independent candidates and a fragmented opposition.  The largest opposition party, the Forum for Democratic Change (FDC) holds 11 per cent of seats.  It seems unlikely that the upcoming election will result in any major surprises, with the NRM widely expected to continue its dominance, perhaps with a marginally stronger FDC representation. The Ugandan Parliament, however, has had a fairly high turnover rate of MPs, because parties tend to field new candidates in many of their constituencies at election time. New faces in Parliament give the impression of an active democratic process – disgruntled citizens pressuring their parties to field more accountable candidates in their constituencies.  Many Ugandan citizens, however, offer a different explanation: patronage and vote-buying are seen as widespread problems, and the fact that new candidates emerge in a particular constituency can have more to do with which politician has the deeper pockets than who is more trusted by citizens to represent their interests.

Uganda’s president, Yoweri Museveni, who is almost certain to be re-elected next year, has shown a tendency to centralize decision-making power within the Office of the Presidency. In July 2010 the President wrote to the Minister Energy and Mineral Development specifying that ‘in the case of petroleum and gas, I direct that no agreement should ever be signed without my express written approval of that arrangement.’ 1 It is also widely believed that oil companies interested in Uganda’s resources engage primarily with the President’s Office rather than the Department of Energy and Mineral Development.

Parliament’s ability to raise an independent voice in the face of a strong Executive will be an important factor in its ability to encourage accountability and transparency relating to oil governance. There is evidence of independent voices within Parliament, particularly through the Public Accounts Committee, which is chaired by a member of the opposition. Highly controversial or potentially embarrassing debates, however, appear to be dealt with largely through the NRM caucus, which provides an opportunity for the President to lay down the party line.

Despite these concerns there are encouraging signs. Much of the debate on transparency in the oil sector has focused on the Production Sharing Agreements (PSA) signed between oil companies and the government.  In June 2010, after significant pressure by MPs and civil society, the Minister of Energy and Mineral Development, Hilary Onek, tabled the PSAs in Parliament. The fact that the Executive added a non-disclosure provision that prevents MPs from publicly disseminating these contracts has sparked a lively debate both within Parliament and civil society on the role of Parliament in promoting transparency. A number of MPs have also undergone training in resource governance, which seems to have spurred recent moves to establish a more effective working relationship between Parliament, the Ministry of Energy and Mineral Development and civil society organizations. Parliament has further committed to establishing a Parliamentary Forum on Oil and Gas that would bring together civil society and MPs to engage periodically on oil governance issues.

Parliament has a critical role in serving as a check to Executive power.  This role takes on a particular significance on issues of resource governance, which have the potential to bring substantial developmental benefits to the country, but could also encourage mismanagement, corruption and appropriation by elite structures.  It has been widely observed that Uganda with its strong Executive also has a widespread problem with corruption affecting the economy and government. The Ugandan Parliament is therefore likely to face significant challenges as it attempts to hold the Executive to account on issues related to oil sector governance.

When Uganda’s MPs are sworn in next year oil governance issues are likely to be high on their agenda. Whether Parliament manages to assert itself in order to play a central role in oil governance and transparency over the coming years remains to be seen. Certainly it will require further capacity development of a dedicated but understaffed Library and Research Services Section to support MPs. Initiatives such as the Parliamentary Forum on Oil and Gas hold promise, yet Parliament’s ultimate effectiveness relies on the institution’s ability to act authoritatively as a balancing force in the trias politica. 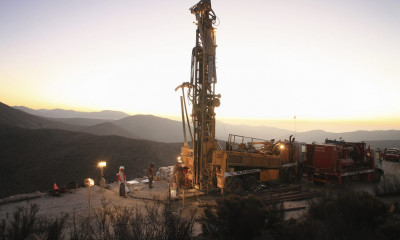