SAIIA's security, conflict, terrorism and crime cluster was a programme previously run at SAIIA. It is now closed.

It focused on the critical challenges facing the continent’s many weak and fragile states and societies in dealing with endemic conflict, organised crime and terrorism. The purpose of our research to assist and inform African policymakers and important African partners in this area on how to develop solutions appropriate for the particular challenges facing African societies.

The SADC Security Integration project was launched in January 2003 as a two-pronged, two-year project, consisting of a research programme and workshops. The research programme concentrated on the prospects and possibilities of security integration in the Southern African region, but did so by viewing the SADC Organ on Politics, Defence and Security Co-operation (OPDS) in a comparative perspective in order for SADC to benefit from the lessons learnt in other regions of the world.

Key stakeholders among governments and civil society groups in the SADC region were invited to the workshops to discuss how the ambitious goals of the OPDS Protocol could best be pursued in practice. The first workshop on SADC security integration, held at Jan Smuts House in June 2003, resulted in a SAIIA report as well as several academic articles. In 2004, increased attention focused on SADC’s contributions to the African Union’s evolving security architecture. Dr Anne Hammerstad headed the project.

Security and terrorism in Africa

A new project in 2005, Security and Terrorism in Africa examines how Africa fits into the global terrorism and counter-terrorism equations post-9/11. It focuses on four key areas of research: Are there factors that make African states more or less prone to terrorism? What factors serve to radicalise states and societies? What can be done to address this internally? What can be achieved through external engagement?

Specific research involves country and regional case studies on the particular natures of Islam in the African context and the extent to which it is susceptible to external influence; terrorism and counter-terrorism activity in the Horn and Sahel regions; and the potential for engagement by African states in international counter-terrorism and non-proliferation policy in bridging the gap between the West and problematic states and regions, including Pakistan, North Korea, Syria and Iran. The project involves extensive liaison with African and foreign security specialists and policy-makers and the international academic community to develop a widening network of expertise on global security and terrorism issues. This project was headed by Kurt Shillinger.

See the list of op-eds at the bottom of this page.

The project also explores how past conflicts have affected levels of crime, for example through the involvement of ex-combatants in criminal activity, and by so doing draws lessons for attempts at post-conflict peace-building in the region. The project leader, Gail Wannenburg, conducted field research in Mozambique, Sierra Leone, the Democratic Republic of Congo and Angola.

Herewith the listing of news and media items written by researchers involved in SAIIA’s Security and Terrorism in Africa project. Articles are not necessarily confined to the project’s area of focus.

From Hegemony to Champion: South Africa and Strategic Balance, by Kurt Shillinger, as featured on the IPRI website, 21 February 2007.

African Soil is Fertile for Jihadists, by Kurt Shillinger, as featured in the Business Day, 5 October 2006.

Looking for Clues in al-Zarqawi’s Wake, by Kurt Shillinger and Alec Wescott, as featured in the Business Day, 14 June 2006.

‘Where is Bush’s Silver Lining?’, by Kurt Shillinger, as featured in the Business Day, 2 November 2005.

Global Terror: Africa Not Immune to Terror, by Kurt Shillinger, as featured in the Business Day, 7 October 2005.

Chasm Between How Westerners and Muslims View the Conflict that Binds Them, by Greg Mills and Kurt Shillinger, as featured in the Sunday Independent, 10 July 2005.

Rival insurgencies shatter myth of monolithic terrorist network, by Kurt Shillinger, as featured in the Sunday Independent, 7 May 2005.

Mideast in best, worst of times: The region has seen some developments, and some causes for fear by Greg Mills, as featured in the The Star, 8 March 2005. 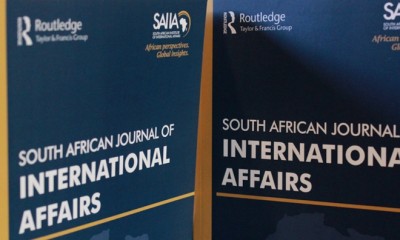