A new online aggregator focused on issues that matter to Africa is gaining popularity among its most significant target audience: African policymakers and researchers.

The Africa Portal, launched in November 2010, is a joint venture by the South African Institute of International Affairs (SAIIA), the Centre for International Governance Innovation (CiGi) in Canada and Makerere University, in Uganda. The portal pulls together material such as research reports, books, journals and opinion pieces to give users the information they need on African issues, all from a single access point.

CiGi’s Brian Adeba (pictured, left), who is the Project and Publications Coordinator for the Africa Portal, has seen traffic volumes to www.africaportal.org grow steadily since the project’s inception. He says it’s an indication of the need the portal’s target users have for a resource of this kind.

“The Africa Portal is a unique project because it’s the first time anything like this has been done on the African continent”, says Adeba. “It’s an aggregator of crucial issues facing the African continent. There was a dearth of similar content on specific themes that cater to researchers and policy makers in Africa.”

Adeba, who is based in Canada, was in South Africa for a meeting of the three partners at Jan Smuts House, SAIIA’s head office.

African users on the increase

Since its launch last year, the website has seen a significant increase in user traffic. In just six months, the online resource has had 33 757 visits from the United States, Canada, and countries in Europe. But the increase in the number of users on the African continent is what most excites Brian Adeba and the project partners.

Users from Uganda, Ghana, Kenya and South Africa are the top visitors to the website since November last year. In the period from April to May 2011, Nigeria and Malawi rated as two of the top African countries using the resource.

And that’s the idea, says Adeba. The African Portal is, above all, a resource for Africans that focuses on issues affecting those living on the continent. Six policy areas have been identified as broad but intersecting themes: conflict resolution, energy, food security, health, migration, and climate change 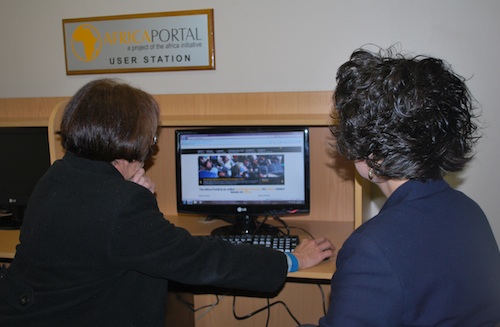 SAIIA’s role in the Africa Portal project is two-fold. Firstly, the institute plays a crucial role in recruiting and signing up new content partners. Through the work of SAIIA’s Chief Librarian, Renette Collins, the number of African organisations sharing or making their content available is on the increase.

The second aspect is to create a valuable but information-rich resource by converting older publications into an electronic format. Metadata and Digitisation Specialist, Minnie Viljoen, not only uploads hundreds of new books, papers or journals daily, but also manages the digitisation process to expand the list of the more than 3000 publications already online. This is at the core of what the African Portal seeks to do in expanding the access to African research.

Watch a video interview with Brian Adeba via YouTube.  The video is courtesy of CiGi.

A critical part of research is to stay abreast of developments as they unfold. The Issues section displays the latest articles, research papers or policy briefs on current debates and discussions. The Opinion section draws on the foremost thinkers and political analysts to give their insights and perspectives on developing stories such as the Ivory Coast, Southern Sudan or Libya. 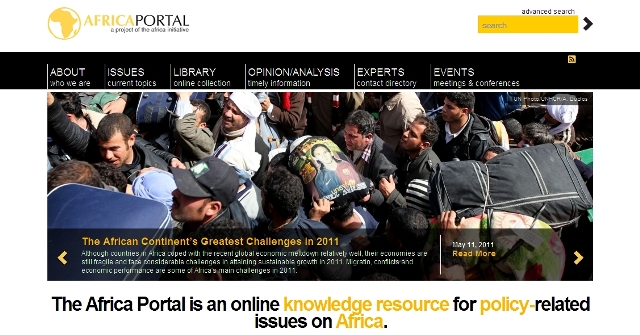 Above: A screen-grab of the Africa Portal homepage.

The online Library houses material published as recently as 2011 as well as archived material dating back to the early 1990’s. Entering the search term “peacekeeping”, for example, displays results such as “Peace Keeping in Rwanda”. The article was published in 1994, at the height of what would become known as Rwanda’s genocide. This is the kind of invaluable current and historical viewpoint that drives this online resource: making African research about Africa accessible by using modern technology.

Other aspects of the portal include a wide-ranging, and constantly growing, list of Experts from around the continent and the world. The contact lists include short biographies and contact information to improve and facilitate information sharing and networking opportunities for scholars and policymakers. A frequently updated Events diary tracks global elections, conferences, lectures and other meetings months in advance. The calendar is geared towards keeping track of discussions around African policy issues on the continent and globally.

Absolute unique visitors: 23 553 (Absolute Unique Visitors represent the number of unduplicated visitors – counted only once – to the website during the time period stated above. The measurement is taken when 1 user makes 1 hit on the Africa Portal website.

Pageviews: 81 023 (The number of pageviews is registered everytime a user visits any webpage on the African Portal. The more pageviews the website has, the more traffic it is receiving.) 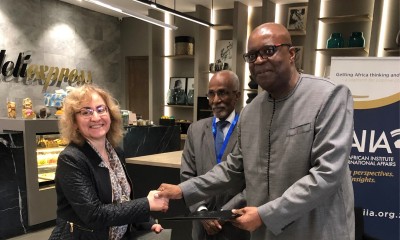