The importance of south-south cooperation (SSC) to the global development agenda is undisputed.

At the same time the concept has evolved to adapt to new global realities and changes in developing countries. Increasingly southern, and African development partners in particular, have shared personnel, best practices and technologies in the realm of peace and security but the SSC discourse has not reflected these efforts. What role is there for peace and security in new SSC discussions?

In 1978 developing countries came together to develop a roadmap and set of recommendations to promote cooperation amongst themselves. The outcomes of this conference became known as the Buenos Aires Plan of Action for Promoting and Implementing Technical Cooperation among Developing Countries (BAPA). The original 1978 BAPA document emphasised a new international economic order that impacts on global governance and stressed the need for developing countries to develop strategies for national and collective self-reliance. In this regard it emphasises the importance of the principles of sovereignty and non-interference.

In 2019 Argentina hosted the Second United Nations (UN) Conference on South-South Cooperation in 2019, otherwise known as BAPA +40, which presents an opportunity for reflection and review of the evolving south-south cooperation landscape. In the lead-up to BAPA+40 the UN Office for SSC (UNOSSC) has emphasised re-examining the comparative advantages of SSC, institutionalising SSC, a sharing of best practices and scaling up SSC in support of global development agenda.

Yet thematically, SSC is often focused on economic, environmental and social activities while the African reality is that peace and security continue to be a major threat to the continent’s development. BAPA did not make any mention of peace and security and stuck to a broader developmental focus, but 40 years later there is a need for greater reflection on how BAPA+40 should be conceived of in light of contemporary experiences.

Globally, the world has seen less inter-state conflict, but there has been an increase in intra-state conflict. Trends suggest the African continent is slowly becoming more peaceful a handful of countries suffer from high levels of political violence including Somalia, Sudan, Burundi, South Sudan, Nigeria and Libya. The resurgence of conflict in addition to new conflicts in many parts of Africa suggests that peace must be a priority for any new agendas, including that of SSC. The importance of peace in Africa is reflected by the African Union’s Agenda 2063 that has aspirations for a ‘peaceful and secure Africa’ as well as an ‘Africa of good governance, democracy, respect for human rights, justice and the rule of law.

In a global context, the links between peace and development are increasingly recognized. For example, the 2030 Agenda for Sustainable Development provides a blueprint for inclusive and sustainable development but also presents a defence against violent conflict. Despite some hesitation by member states, Sustainable Development Goal (SDG) 16 on ‘Peaceful, Just and Inclusive societies’ was ultimately included in this agenda – reflecting an acceptance of the importance of peace for development.

In 2016 the UN adopted twin resolutions by the General Assembly and Security Council on sustaining peace. These resolutions emphasised development as a central goal in itself and stressed the importance of economic development and poverty eradication. A recent report by the UN Secretary General on Peacebuilding and Sustaining Peace further links these resolutions to the 2030 Agenda. 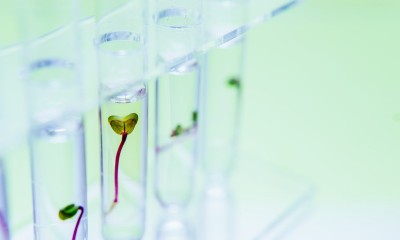 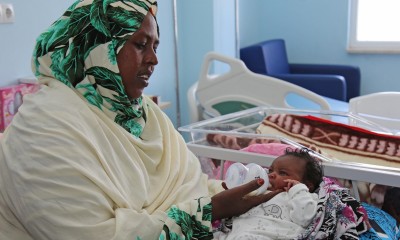