Gearing Africa’s cities for the future

The rapid expansion of Africa’s cities over the past decades has meant an increasing demand for infrastructure, service delivery and jobs.

The rapid expansion of Africa’s cities over the past decades has meant an increasing demand for infrastructure, service delivery and jobs. At the same time African policymakers, urban planners and researchers are clamouring to find innovative solutions to meet these demands. The onset of the Fourth Industrial Revolution – which will see a fusion of technologies that blur the lines between the physical, digital and biological spheres – will compound these challenges and experts need to plan adequately for the disruptions.

According to the Emerging markets Forum, if current trends continue, four of the world’s megacities will be in Africa by 2050: Cairo, Lagos, Kinshasa and the Gauteng City-Region. Alarmingly, 70% of Africa’s urban growth will be in secondary cities with inadequate sanitation, transport and governance infrastructure, according to the United Nations.

By 2030, 15 cities in Africa will have populations over 5 million, most of whom will live in informal settlements. In South Africa the National Development Plan estimates that the urban population will grow by 10% every 20 years. Within a few decades the urban context will become the primary context for humanity – not only in Africa, but globally.

At the same time Africa’s urbanisation has not been met with the economic gains experienced elsewhere in the world as inequalities have been exacerbated by issues such as infrastructure shortages; colonial urban planning premised on cities as hubs for extraction; neoliberal economic policy as a result of structural transformation policies of the 1990s and 2000s; a lack of decentralised political power at the local level; and, significantly, inadequate planning for the future.

Policymakers and urban planners have tried to retroactively address Africa’s spatial legacies by, for example, attempting to create better infrastructure linkages within and between cities to facilitate the movement of goods and people, and improve internal trade. The City of Johannesburg’s Corridors of Freedom project is one such initiative. They have also tried to improve telecommunications networks to allow for better linkages between cities and their external environments – seen in Nigeria and Kenya’s successful ICT sectors – and improve housing and sanitation networks, evidenced by Morocco’s successful slum reduction policies.

But merely addressing today’s infrastructure needs may not be enough to gear Africa’s cities for the future.

According to the World Economic Forum the Fourth Industrial Revolution will bring many opportunities for Africa’s cities, while simultaneously increasing demand for infrastructure and skills. It will change how we view manufacturing as 3D printing and robotics will bring greater efficiency to supply chains, leading to an abundance of cheap, quality consumer goods.

And yet these technologies may lead to disruptions in the global labour force as both skilled and unskilled workers will be replaced by machines.

Innovations in data collection, surveillance and monitoring technologies could lead to improved governance and safer cities, but they could also be used to erode democracy by allowing authoritarian governments to crack down on dissenters and stem the free flow of information.

Innovations in the digital economy and e-commerce could lead to greater inclusion of informal sectors of the economy by creating market access for small and medium enterprises and entrepreneurs, but they could also deepen existing inequalities by crowding out smaller players by large multinationals such as Amazon and Alibaba.

The nexus between the digital economy and development is critical for Africa’s cities. African policymakers, urban planners and the private sector must ensure that the prerequisite infrastructure and skills are in place to gear Africa’s cities for the disruption of the Fourth Industrial Revolution – or face the continent’s cities and their inhabitants being left behind as the ‘digital divide’ widens.

Africa’s cities need sustainable skills, solutions and infrastructure to leapfrog into the mid-21st century. Skills development, especially for youth and women, must be prioritised. Education is also key and governments need to make an active effort to facilitate educational exchanges between cities so experts can share best practises in meeting digital challenges.

It is vital that African cities find solutions tailored to their unique socio-economic and spatial contexts by, for example, combining solutions from the global North with those from emerging actors such as China, Brazil, India and South Africa. These countries have cut their teeth in emerging economies and recognise the limitations of western models of urban development. Moreover, they have experience in crafting low-cost solutions to urban challenges due to limited financial resources both among citizens and public authorities. South Africa’s G20 and BRICS links make it well suited to leverage these partnerships.

It is also important that issues relating to the Fourth Industrial Revolution are taken up in regional forums such as the SADC. The recent action plan for the body’s industrialisation strategy recognises that ‘centres of specialisation’ need to be created to provide education, infrastructure and institutions required to build knowledge economies in SADC countries. It is essential that these centres are set up to cultivate skills related to the Fourth Industrial Revolution.

Exactly what the Fourth Industrial Revolution may hold for Africa’s cities is uncertain. Research and data is needed to identify the solutions to these specific challenges. However, it is certain that Africa’s cities will be at the forefront of the revolution’s impact.

How they prepare may determine whether the continent’s cities will be sources of instability – or engines of prosperity.

COVID-19 and the politics of the year of the nurse 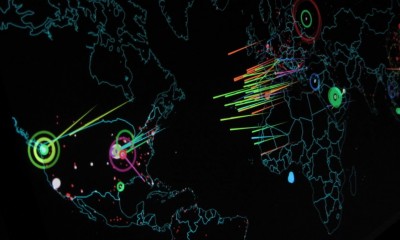 Cybercrime and COVID-19: A concern for financial stability during the pandemic

COVID-19: Implications for the ‘digital divide’ in Africa