Germany’s role in the 2030 Agenda: A view from South Africa

Just at the time that the world signed a landmark development compact – the 2030 Agenda – and climate change agreement, the slogan ‘Take our country back’ or ‘Make America great again’ became the clarion anti-establishment call in parts of Europe and the US.

The liberal international order, especially of the last 25 years, is considered by many analysts to be under threat and Germany is regarded by some as a bastion against its decline.

The challenge to the liberal order has come as much from within the West as it has from the shifting balance of power. It is the result of a globalisation that has marginalised those least able to adapt, and a related sense of lost identity. While transnational challenges become even more threatening, many people and some leaders in developed countries wish to focus on domestic priorities rather than the costs associated with contributing to the strengthening of global public goods and development in poor countries.

The 2030 Agenda, in contrast to the Millennium Development Goals, combines development imperatives and the recognition that these cannot succeed sustainably without planetary guardrails – a recognition that the planet has boundaries that we need to respect as we strive for more development. Unlike the MDGs it focuses on all nations (not only developing ones) and on leaving no-one behind. Thus, 2030 Agenda recognises that developmental challenges are also significant in industrialised countries. If some of these challenges are not addressed they may well destroy the longstanding commitment in many northern countries to helping poorer countries.

While aid is no longer the most important instrument for development in many middle-income countries (MICs), it remains crucial for poor countries for which Official Development Assistance (ODA) is the main source of development finance. At the same time ODA is just one instrument for other developing economies. The growing cry from many developing countries is that the industrialised world needs to address some of the structural issues or regulatory frameworks, such as in trade or finance, that discriminate against many developing countries.

It is ironic that as developing economies become more competitive, there is a backlash from the North, a concomitant rise of protectionist rhetoric, and a belief that solutions lie in pulling up the drawbridge.

At the adoption of 2030 Agenda in September 2015, President Zuma said that ‘events in the recent past have demonstrated that the countries of the developed North cannot insulate themselves from the challenges facing countries of the developing South.’ The president further emphasised five things that the developed world should not forget: (1) 2030 Agenda should build on the unfinished business of the MDGs, (2) recognition of the principle of common but differentiated responsibilities must not be ignored in the allocation of resources for the SDG roll-out, (3) ODA should be upscaled with a binding timetable, (4) climate finance should be separate from ODA and not be included in the ODA commitments, (5) Global partnership and effective implementation measures are crucial.

South Africa is committed to 2030 Agenda and to its linkages with the African continental Agenda 2063. Both are ambitious and require partnership with the North to achieve their objectives.

Germany’s track record in global debates illustrates an appreciation of the interconnected nature of our planet and the difficulty of creating ‘safety bubbles’ in Northern countries from more conflict-prone regions. Germany has also historically been far more reticent than other Western countries in many international interventions (the most recent case being Libya in 2011). In the current polarised global environment Germany’s global track record stands it in good stead to play a significant role through its bilateral and multilateral engagements to ensure that the Sustainable Development Goals (SDGs) are actually achieved.

As Europe’s engine of growth and its most resilient economy, Germany is uniquely placed to play a significant role in the implementation of the 2030 Agenda. Unlike other big developed countries, it has a track record of positive engagement with developing countries (as well as being a constructive global citizen) and it can use this to good effect in bridging differences between North and South, which have become more acute amid debates over the financing of migration and refugee costs, among others, which are reducing development finance in poor countries.

Scarce resources are increasingly the norm across the world, but both the SDGs and the Paris Agreement require significant financial commitments. These are unlikely to materialise in the short term. The only way more funds can be allocated to development is to make smarter use of existing resources and use public funds to leverage the private sector to contribute to development initiatives. This has been a long-standing policy objective of successive German development Ministers.

During its chairing of the G20 in 2017, Germany should work to integrate the 2030 Agenda into the G20’s themes in collaboration with key developing countries. In a related vein it should identify areas of collaboration with developing middle-income countries to advance the 2030 agenda. This would require it advocating strongly for issues that are critical for developing economies. In the case of Africa, one issue that has dominated the debate has been that of illicit financial flows and more specifically that of commercial tax evasion, which includes abusive transfer pricing and trade mispricing and requires greater international regulation and collaboration. At its worst, it allows multinationals to abuse weak tax regimes and exploit loopholes to the detriment of revenue for the local economy in which their operations are based. While the issue of state corruption and poor governance is also a critical dimension of this problem, an international regime that plugged the loopholes would help to create more sustainable revenue bases for countries – both are dimensions of goal 16. Progress depends on the willingness of the North to overcome narrow entrenched interests that fuel this practice.Over the years Germany has built strong relations at government, business and civil society level with a number of middle-income countries in the developing world. These are ideal partnerships to help drive 2030 Agenda, especially Goal 17 on global partnerships that emphasise equality and universality, while recognising that capacities and resources will differ.

Lastly, as Germany enters its election cycle it is important to fully debate the extent to which those that advance the view of a more closed and inward-looking country may succeed in believing that the North can insulate itself from poverty, inequality and conflict in the South. The SDGs reflect our interconnectedness and our common vulnerabilities; retreating into our respective shells will not make them go away. 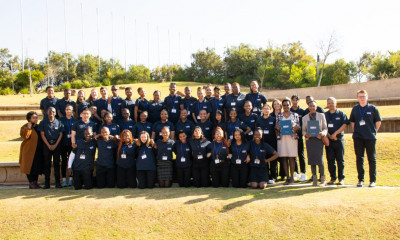