South Africa’s diplomatic advances in recent months sees it at the frontline of critical global issues.

It took its place as a non-permanent member of the United Nations Security Council (UNSC) for another two year period (2011-2012), following shortly after the previous stint in 2007-2008. It joined the world’s most powerful Emerging powers as part of the BRICS (Brazil, Russia, India, China and South Africa) grouping and now seeks to lead a major African Union (AU) effort to end the conflict in Libya. In addition, South Africa remains an active player in the G20 and in the region. It is also keen to see substantial reform of the UN Security Council. Is our country’s foreign policy ambition exceeding its capacity?

South Africa has some big events on the 2011 calendar. These include the United Nations Climate Change Conference of Parties (COP 17), in Durban in November where South Africa’s role as chair and host of the conference is critical in influencing the outcomes of the meeting and the IBSA (India, Brazil, South Africa) Summit in October 2011. In addition South Africa faces a range of meetings on the regional calendar. These include, amongst others, the upcoming Second Tripartite Summit of SADC, COMESA and the EAC in June 2011 and the AU Summit in Equatorial Guinea around this time as well.

Minister of International Relations and Cooperation, Maite Nkoana-Mashabane’s budget speech (delivered on 31 May 2011) reflects the full sweep of South Africa’s ambitious foreign policy. But this also raises questions about priority-setting and the ability of South Africa to be effective in every international forum it engages. Just dealing with the “hot spots” on the African political landscape is in itself a full-time task. The minister mentioned Madagascar, the recent flare-up in conflict in Abyei between North and South Sudan, the important upcoming elections in the DRC, the ongoing political impasse in Zimbabwe and the conflict in Libya.

Beyond the region, Sri Lanka, the Middle East and North Africa (MENA) region and the Arab-Israeli peace process also received brief mentions. Equally brief was the mention of South Africa’s strategic partnerships with the North, including the US, EU member states and Japan.

So while the minister’s speech obviously flagged the highlights of the past and coming year and played down the failures, such as South Africa’s record on peacebuilding in Côte d’Ivoire, of interest to foreign policy watchers is whether South Africa is sufficiently prepared to play the complex role expected of her.

Seventeen years after South Africa’s political transformation and admission to the global community, the appellation of newcomer is wearing thin and it is important to maintain the momentum of a nimble and responsible emerging middle power, i.e. a state with enough gravitas and international support to act as a regional and international broker, mediator and bridge-builder in the interest of international peace and stability.

To achieve this objective, South Africa needs a skilled and capacitated diplomatic corps that is made up of consummate multilateralists, but who also understand the importance of building solid friendships at a bilateral level. The strength, originality and resourcefulness of ideas and policy solutions are what will continue to win partners and friends, but only if these are built on the premises of integrity, inclusivity, trust and transparency.

In order to navigate South Africa’s foreign policy agenda, principles have to be clear and above reproach. Therefore the announcement that the country deposited its instrument of ratification of the African Charter on Democracy, Elections and Governance at the January AU Summit was a notable highlight in the speech and is welcome news. But more depth and clarity on the strategic framework that guides foreign policy choices and priorities are needed. Thus the release of the Draft White Paper on foreign policy is eagerly awaited.

But equally important is the need for excellent intelligence and deep knowledge of issues. South Africa’s diplomats have come to understand the cost of not being sufficiently prepared, in Côte d’Ivoire, for example and potentially Libya. In this context it is worrying that the Minister flagged budget constraints as partly the reason for the department’s inability to fill existing vacancies, despite its full agenda. The departmental budget of R4.7 billion for this financial year represents a slight decrease over last year and of its total approved staff complement of 2897 posts, only 2382 are filled.

The department also needs to engage the domestic constituency effectively, especially the business community, to ensure that South Africa’s diplomatic endeavours abroad bring the dividends home. It remains to be seen how the establishment of the much mooted South African Development Partnership Agency (SADPA) for which the bill is now being finalised, will ensure better cohesion and cooperation amongst various stakeholders, also outside government, in peace-building efforts in the region. 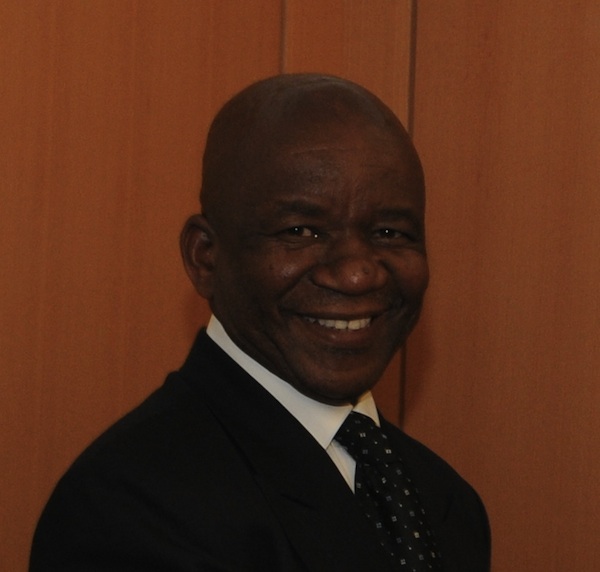 South Africa has the responsibility over the next 19 months to deal with some of the most vexing questions facing the world. There is also the responsibility of the successful conclusion of a number of events with repercussions for generations to come.

It is clear that South Africa is the one state in Africa with the obvious will and arguably with the capacity to engage fully with a comprehensive international agenda, despite its many domestic challenges. To achieve this ambition South Africa’s foreign policy mandarins under the guidance of the new Director General, Ambassador Jerry Matjila, will need to use resources judiciously and strategically, prioritise carefully, consult widely, build trust, be open to suggestions, respond flexibly and be firm in decision-making.

These suggest some difficult choices where serving the greater good needs to be consistently assessed against South Africa’s national interests, especially in a world where the interconnectedness of both have become barely distinguishable. Nonetheless, we live in a competitive world where today’s policy pronouncements, insights and decisions ultimately shape the future.