South Africa’s foreign policy priorities for the 21st century: a closer look at the potential for co-operation in the South Atlantic zone

Traditionally, South Africa’s regional foreign policy is classified as either ‘Latin American’ or ‘African’. However, an approach that conceives of South Atlantic Zone countries as a single entity offers an opportunity to bridge this conceptual and geographic divide while providing a framework for deeper multilateral co-operation.

One of the many opportunities that emanate from this is the potential to expand South Africa’s foreign policy priorities on ocean economics through initiatives like Operation Phakisa. A similar initiative with the Indian Ocean Rim Association (IORA) has already been prioritised by the South African government – seemingly because of its bid to lead the organisation from 2017 onwards.

Brazil is a key actor in the South Atlantic.South Africa already enjoys a strong relationship with Brazil that is shaped by their shared engagement in BRICS. However, they have a considerably longer history of interacting with each other. As founding members in 2003 of the India-Brazil-South Africa (IBSA) Dialogue Forum, the two countries have a shared commitment towards deepening South-South Cooperation. They are also both strong regional powers and share similar challenges as ‘middle powers’, including an aspiration to a have a greater voice in global affairs.

This is recognised in the Foreign Policy White Paper that says:

‘South Africa’s interactions with Brazil as an emerging power should be a platform for significant bilateral growth in economic and political co-operation, as well as for collaboration on specific global multilateral objectives […] Other countries in the region also provide economic and political opportunities to pursue complementarities within the context of South-South cooperation, multilateralism, and closer bilateral strategic relations.’

Although the white paper suggests that South Africa prefers to base its engagement with Latin America on bilateral co-operation agreements (South Africa has Bi-national Commissions with Argentina and Mexico, a Joint Commission with Brazil, a Joint Consultative Mechanism with Cuba and a Joint Commission with the Bahamas), it does intimate that the longer term vision is to expand engagement in Latin America and the Caribbean with more active and emerging middle powers to ‘…enable partnerships and strategic coalitions to advance mutual interests’.

One entity that holds potential for advancing future collaboration across Africa and Latin America is the Zone of Peace and Cooperation of the South Atlantic (ZPCSA). Established in 1986 under the stewardship of Brazil, its primary focus was the preservation of peace in the region and keeping the area free of Weapons of Mass Destruction. The ZPCSA formally consolidated the Treaty of Tlatelolco (signed in 1967), the Antarctic Treaty (1959) and the Treaty of Pelindaba (1961), which cumulatively created a nuclear weapon- free zone in Africa, the Caribbean, Latin America and Antarctica.

The ZPCSA comprises 24 countries: South Africa, Angola, Argentina, Benin, Brazil, Cape Verde, Cameroon, Congo, Côte d’Ivoire, Gabon, Gambia, Ghana, Guinea, Guinea-Bissau, Guinea-Equatorial, Liberia, Namibia, Nigeria, Democratic Republic of Congo, São Tomé and Principe, Senegal, Sierra Leone, Togo and Uruguay and its primary focus is security co-operation. However, there has been limited engagement by signatory states on this topic and progress has been slow. This is because the sporadic ministerial meetings that have been held, have tended to focus on reinforcing institutional frameworks. Development is also partly hampered by the fact that South Africa was the only African country during this period with significant long-range naval capabilities.

Geo-political changes in the maritime security landscape of the South Atlantic and renewed interest of key countries in the region have contributed to a renewed drive to revive the ZPCSA. Ongoing tension between the United Kingdom and Argentina around the disputed status of the Falklands/Malvinas islands; and, the growing incidence of piracy in the Gulf of Guinea off the coast of West Africa have focused greater attention on regional peace and security initiatives. The 2013 Montevideo Ministerial, was only the seventh time that the grouping met since its formation in 1986, and seems to have injected new energy into its broader agenda. The reasons for this are partly economic.

New discoveries of light oil (higher in market value than tight or heavy oil) and gas deposits off the coast of Brazil in 2012 created the domestic impetus for the country to improve its maritime security and co-operation. Brazil’s ‘Blue Amazon’ policy is aimed at gaining popular support for the notion that it has a ‘responsibility to enforce’ peace and security in the South Atlantic to safeguard its newly discovered natural resources. South Africa’s interest in furthering this kind of co-operation in this zone is bolstered by the fact that an estimated nine billion barrels of oil and 11 billion barrels of natural gas lie untapped within its Exclusive Economic Zone (EEZ).

Therefore the stimulus to increase South Africa’s cooperation in this zone is two-pronged. On the one hand it needs assistance to address the growing issue of piracy in the region. While it has one of the strongest naval forces on the continent, its capacity to curb the threat unilaterally is limited. South Africa’s current maritime patrol capabilities consist of the Sarah Baartman, Lillian Ngoyi, Ruth First and Victoria Mxege patrol vessels. It is difficult for the South African Navy to patrol South Africa’s Exclusive Economic Zone (EEZ), that encompasses 1 530 000 square kilometres, and include the Prince Edward and Marion Islands. Extreme weather exacerbates the challenge.

Nevertheless, South Africa has been an active participant in joint military exercises under the rubric of India-Brazil-South Africa-Maritime cooperation (Ibsamar). The initiative is in its fourth iteration and began in 2008. It has also been engaged in joint maritime security exercises with Brazil, Argentina and Uruguay (Atlasur) since 1993. Atlasur has held nine maritime exercises since its inception.

The second prong of South Africa’s strategy is its desire to tap into the ocean economy. The government’s much-touted ‘Operation Phakisa’ that was launched on 15 July 2014, is an instrument that seeks to expand the country’s footprint into the blue economy to bolster economic development. The opportunities that this programme provides range from marine transport and services and manufacturing to offshore oil and gas exploration, aquaculture and marine protection services and ocean governance.

During Operation Phakisa’s open day discussions in October 2014, President Zuma reiterated the importance of the blue economy for South Africa’s economic development. South Africa’s National Development Plan (NDP) projects that South Africa stands to achieve 5% GDP growth by 2019 if the country utilises its relatively untapped maritime resources in conjunction with other sectors of the economy. Given that the country’s GDP growth is lagging at just 1.5%, Operation Phakisa is not only ambitious, but could contribute significantly to South Africa’s economic development agenda.

South Africa is also engaging its African Atlantic seaboard neighbours at a regional level. In 2013 it signed the Benguela Current Convention (BCC) with Namibia and Angola. The BCC aims to promote conservation, protection, rehabilitation and sustainable use of maritime resources in the region and to provide social, economic and environmental benefits to the citizens of its members. South Africa is also an active participant in the AU’s 2050 Africa’s Integrated Maritime Strategy (2050 AIMS) adopted in January 2014 which provides a comprehensive framework outlining key areas of action to harness the wealth potential of Africa’s oceans, seas and inland waterways.

As the most capable naval actor in the region, albeit with limitations, South Africa has played a significant role in ensuring maritime security. For example, it has since the beginning of 2015 deployed frigates, submarines and over 220 SANDF members to combat increasing piracy activities targeting oil tankers in the Gulf of Guinea.

Apart from security co-operation in the South Atlantic, significant opportunities also exist for greater economic collaboration within the ZPCSA. The ZPCSA contains three of sub-Saharan Africa’s largest economies Nigeria, Angola and South Africa and two of Latin America’s most significant economies Brazil and Argentina. South Africa’s geo-strategic location optimally positions it as a gateway between Latin America and Asia over the Atlantic and Indian Oceans, while all the African littoral states on the South Atlantic act as important gateways to their landlocked neighbours.

Nevertheless, trade figures between South Africa and Latin America have been disappointing despite the ratification of the SACU/MERCOSUR Preferential Trade Agreement in December 2004. In 2013, trade between South Africa and the three Latin American South Atlantic countries (Argentina, Brazil and Uruguay) made up a total of USD 3.34 billion, with a USD 0.85 billion surplus in favour of the latter. This represents a marginal 2.3% (USD 0.92 billion) of all South African imports and a larger share of 9.7% (USD 2.41 billion) of total South African exports. Goods traded included automobile parts, textiles, mining products, petrochemicals, agriculture, precious and semi-precious stones, vehicles and machinery. Low trade figures could be attributed to similar finished goods and commodities being produced by SA, Argentina, Brazil and Uruguay – resulting in limited demand for cross-Atlantic trade. Nevertheless, the encouraging expansion of Brazil-Africa trade by 464% and South Africa-Latin America trade by 314% over the past decade, albeit off a very low base, also point to the potential for further growth if more attention is given to deepening trade and economic links.

There are also significant opportunities for collaboration at a cultural level. The African Diaspora in the Americas, particularly in the Caribbean and Brazil, is a strong rallying point for Latin-American-African cultural co-operation. South Africa for example maintains strong links with the Cuban government on issues of health and education.

The Community of Portuguese Language Countries (Comunidade dos Países de Língua Portuguesa – CPLP) is another dimension that could support cultural and economic engagement across the South Atlantic. Formed in 1996 to promote diplomatic relations among Lusophone countries, six of the nine member states overlap with those of the South Atlantic Zone. These countries are: Angola, Brazil, Cape Verde, Guinea- Bissau, Equatorial Guinea, São Tome & Principe. South Africa already enjoys productive relationships with many of these countries (and other members of the CPLP like Mozambique). This provides a significant base to explore the deepening of social, cultural and diplomatic ties in the South Atlantic Zone. A noteworthy example is the strong economic, political and cultural ties between Brazil and Angola.

South Africa has a limited capacity to project its power across the South Atlantic. However, this zone is becoming increasingly important as the country explores avenues to further its own economic development. Initiatives like Operation Phakisa that intend to propel the country towards greater engagement in the blue economy make it necessary for South Africa to place a greater emphasis on the South Atlantic Zone.

Serendipitously, the framework for expanding engagement into this region already exists on multiple levels. The ZPSCA in conjunction with several Ibsamar and Atlasur operations have provided a strong base for joint maritime engagements aimed at strengthening security co-operation in the region. The further promotion and deepening of trade between SACU and Mercosur and the potential for the CPLP to expand avenues for greater cultural and economic collaboration need to be explored further. More broadly, increased engagement in the South Atlantic offers an opportunity for South Africa to expand the scope of its African Agenda to its engagement with Latin America. 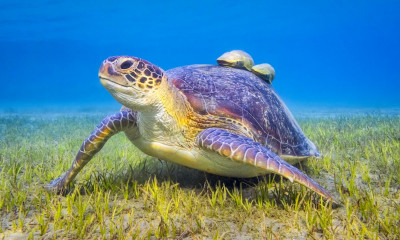 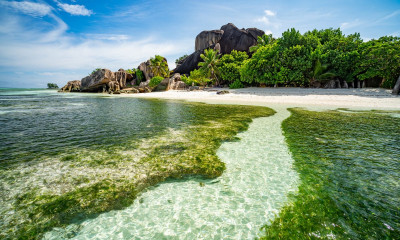 Introductory Essay: The Role of the Constitution in South Africa’s Foreign Policy