Walmart’s investment in South Africa has accounted for numerous headlines during the past months.

However, one of the less reported stories is how the company’s sustainable seafood policies are contributing to employment in South Africa by sustainably exploiting South Africa’s fish resources. In July 2011, Lonrho, announced that its South African headquartered seafood division, Oceanfresh, would be supplying hake fillets to 500 Walmart stores in the United States by October 2011. The agreement is expected to create over 100 direct jobs and many more indirect jobs in South Africa as Oceanfresh expands its production capabilities to meet the new orders.

In order to identify sustainable fisheries, Walmart has partnered with the Marine Stewardship Council (MSC), a non-profit organization that assesses and certifies sustainable fisheries around the world. Fisheries are awarded the MSC blue eco-label if they are assessed to be operating in an environmentally responsible way and not contributing to overfishing.

In 2004, the South African hake fishery received MSC certification, the first fishery in Africa to do so. The fishery’s MSC certification was again certified in 2010 following a five-yearly reassessment. Hake is South Africa’s most valuable fishery, contributing about half the value of the country’s fish production. South Africa’s fishing industry (both commercial and recreational) is valued at R4-5 billion annually and provides employment for close to 30 000 individuals.

Walmart’s partnership with Oceanfresh illustrates how countries can benefit from the improved management of their fisheries, particularly as large distributors and retailers respond to the growing insistence by consumers and NGOs that their seafood products are sustainably sourced.

This is not to imply that Walmart’s seafood policies are beyond criticism. Indeed, in recent years, Walmart has been accused of stagnating in its efforts to improve the seafood supply chain, and a recent evaluation of United States supermarkets ranked it in thirteenth place in terms of seafood sustainability, behind companies such as Safeway, Ahold and Costco. Earlier this year Walmart updated its policy commitments.

The company’s sustainability targets now include all seafood rather than fish only, and as concerns over unhygienic and harmful aquaculture practices have grown, Walmart now also aims to have all its farm-raised fish certified by the Aquaculture Certification Council (ACC). Beyond the United States, Walmart is requiring currently uncertified fisheries and aquaculture suppliers to develop work plans aimed at achieving certification and to report progress biannually. These plans are required to be developed in the course of 2011 and implemented no later than June 2012.

Certification and labelling schemes have become an important mechanism through which to identify sustainable products. This has become increasingly important, not only for environmentally conscious consumers, but also for producers, retailers, NGOs and governments that aim to enforce standards, differentiate products and improve supply chain practices. 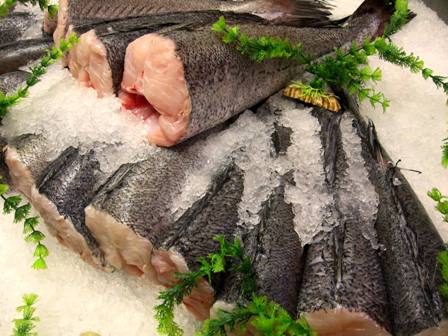 Various studies have shown, however, that the move towards ethical consumption (also sometimes referred to as green or sustainable consumption) and the associated certification and labelling systems are not without their challenges. Consumers’ willingness to buy sustainably sourced products may be overridden by other factors such as cost and convenience, labels may be misleading and certification schemes may be compromised by corruption or commercial incentives.

The MSC labelling scheme has not been free of criticism. Among the controversial fisheries certified by the MSC is the Ross Sea Antarctic toothfish fishery, a population group that most scientists feel is too poorly researched and understood to be classified as sustainable. Chris Pincetich, a marine biologist, has said that “the MSC has rushed to accept applications from hundreds of fisheries around the globe in order to grow their business and network. Many of those are actually viewed by scientists as unsustainable. They should really take a closer look before they even engage with those fisheries.”

During the MSC review of the South African hake fishery, high scores were awarded for all three sustainability principles, namely the effective management of the system, the maintenance of the ecosystem and the sustainability of the exploited stock. One of the independent reviewers, however, noted that these scores may have been too high, particularly given that hake stocks are still far below their natural levels. Despite these reservations there is clear evidence that progress has been made in sustainably managing South Africa’s hake stocks. For example, seabird mortalities have been reduced by about 90 percent since 2006 and bottom trawling has been limited to historical trawl grounds to avoid impacting sensitive reef structures. Walmart’s supplier agreement with Oceanfresh also shows that sustainable fishing practices can have direct economic benefits, including job creation, in addition to the long term benefits of a sustainably managed fishery.

Creating ‘triple win’ solutions for nature, communities and the economy

The Climate–Conflict Nexus in Africa: A Conflict-Sensitive Approach