The nuclear rhetoric surrounding the Ukraine war has returned the atomic bomb to the collective consciousness and with it, a reminder of the cost to human lives spanning decades if such a weapon were to be used.

The uncertainty surrounding Russian President Vladimir Putin’s threats to use nuclear weapons has become a source of anxiety, especially for people living in Europe and the Global North more broadly.

In one instance, Putin warned leaders of the West that any interference in Ukraine would lead to “consequences that you have never encountered in your history”, a hint that he may be willing to draw on Russia’s large nuclear arsenal.

The ultimate impact of nuclear weapons, even if detonated in the Northern Hemisphere, will be felt the world over and will have catastrophic effects on human life everywhere in the long term. This was the grim reminder provided by expert panellists and atomic bomb survivors at the Vienna Conference on the Humanitarian Impact of Nuclear Weapons, which took place on June 20.

The conference fitted into a larger framework of efforts by cross-sectoral campaigners to recognise the humanitarian consequences of these weapons of mass destruction and to move away from the traditional narrative of nuclear deterrence: the idea that an enemy state will be dissuaded from attacking a nuclear weapons state due to the risk of the weapons being used.

The humanitarian impact of these weapons also finds expression in the Treaty on the Prohibition of Nuclear Weapons (TPNW) that obliges state parties to provide “age-and gender-sensitive assistance” to victims of these weapons. The inaugural Meeting of States Parties to this treaty also took place in Vienna from 21 to 23 June.

The TPNW is regarded as a landmark agreement that could significantly change the direction of nuclear disarmament, an ideal on which little progress has been made over more than 50 years since the Treaty on the Non-Proliferation of Nuclear Weapons (NPT) entered into force.

Unlike the NPT, the TPNW does not recognise certain countries as “legitimate” nuclear weapons states but calls for complete nuclear disarmament. And while it is a welcome addition to the international legal framework, the TPNW must overcome several challenges relating to political will before it can achieve its ultimate purpose.

The biggest obstacle to the universalisation of this treaty is that nuclear-armed states reject it. And until they sign up to it, or a state that houses nuclear weapons on behalf of one of the nuclear-armed states (as Belgium, Germany, Italy, the Netherlands, and Turkey do for the US), decides to join the TPNW, total nuclear disarmament will remain a distant objective. And for as long as deterrence remains the dominant discourse in the international security sphere, the road to full nuclear disarmament—as the TPNW envisions—will take even longer.

At present, there are more than 13,000 nuclear warheads in existence. These are dispersed between nine states, although the US and Russia hold the largest arsenals. According to estimates by the Arms Control Association in January 2022, Russia has 6,257 nuclear warheads at its disposal.

The United States has a total of 5,550. The very existence of these nuclear weapons means that there is always a risk that they may be used. And in recent months, that probability has increased.

But the existential threat of the existence of these weapons is not new. It has been a consistent threat ever since these weapons were first used. This was emphasised by the UN High Representative for Disarmament Affairs, Izumi Nakamitsu, at the Vienna Conference.

Since the atomic bomb was first developed, more than 2,000 nuclear test explosions have been conducted across the world. These have included atmospheric, ground, and underground tests.

This means that nuclear weapons have impacted the lives of not only those who fell victim to the bombs used in Nagasaki and Hiroshima, but also the lives of communities living in the areas where the weapons tests took place. This includes the Marshall Islands, the broader Pacific, Algeria, parts of the former Soviet Union, especially Kazakhstan, and even areas of the US.

All nuclear tests have colonial undertones, and there is a general reluctance by nuclear states to acknowledge the damage caused by these experiments and provide sufficient compensation to victims.

Furthermore, even when there was official recognition of nuclear tests, public discourse often differed widely from internal government documents. This is making the quest for truth and justice for the victims of these tests even more complicated. This was raised at the conference by Togzhan Kassenova, from the Centre for Policy Research, SUNY-Albany, in reference to Kazakhstan.

Unlike more conventional weapons, the effects of atomic bombs cannot be contained and inevitably impact not only their intended targets but also those in surrounding areas. Even a state responsible for launching such a weapon will not be spared from its detrimental impact.

Researchers have also established that women experience the effects of ionising radiation from a nuclear bomb differently from men, and in the long term suffer more severe health consequences while also having to deal with failed or complicated pregnancies, stillbirths, or birth defects as a result of being exposed to severe radiation.

The nuclear weapons currently in stockpiles around the world are significantly more powerful and more sophisticated than those used in Japan in 1945.

According to some experts, modern nuclear weapons are up to 3,000 times more powerful than the two used more than 70 years ago. Experts have tried to predict the outcome of nuclear war between states using dedicated simulators. In the simulations conducted, immediate casualties from these weapons amount to millions.

Once a nuclear bomb is detonated, anything flammable in its path will ignite and burn, leading to a series of fires. As everything burns, smoke will continue to rise into the atmosphere and in the days and weeks after the initial explosion, will spread until it engulfs the planet.

What results in the months and years after a nuclear war is essentially a nuclear winter in which smoke trapped in the atmosphere prevents the sun’s life-sustaining rays from reaching the earth’s surface, thereby preventing crops from growing and ultimately resulting in worldwide famine.

Survivors of not only the nuclear bombs used in Japan in 1945 but also those from areas where nuclear weapons were tested have been speaking out about the devastating consequences of these weapons for decades.

Second and third-generation survivors, many of whom are physically affected by ionising radiation, have also been adding their voices to advocacy against the use of nuclear weapons.

More familiar with the destructive capabilities of these weapons than anyone else, survivor testimonies should not be discarded in the presence of scientific research and simulations on how a nuclear war could play out. Rather, the two should be complementary.

Treaty on the Prohibition of Nuclear Weapons (TPNW), nuclear power

Africa’s nuclear future: Increasing the participation of women and youth

The future of nuclear nonproliferation and disarmament is in danger 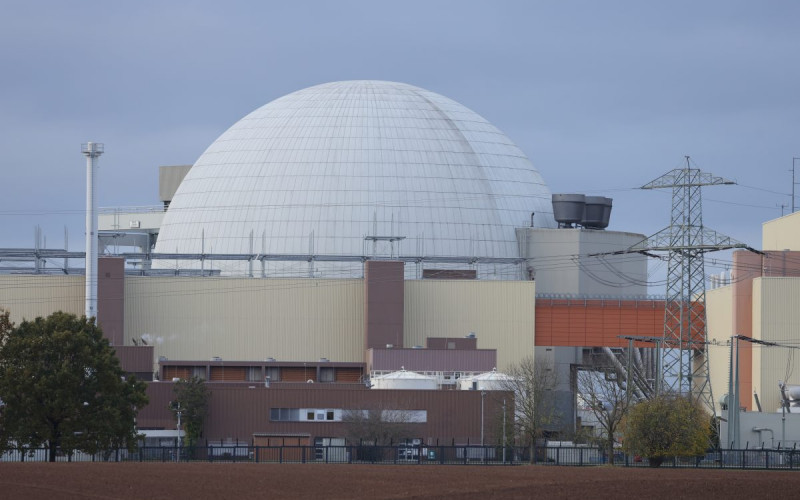