The theme of the African Union (AU) summit in January this year was “Boosting Intra-African Trade”.

African heads of state and governments reaffirmed their commitment to the acceleration and deepening of Africa’s integration by approving an action plan and setting timelines.

The discussions on this important theme were, however, completely overshadowed by the election of a new AU commission chairman.

African heads of state had another chance to consider the theme at the 19th AU summit in Addis Ababa from 9 to 16 July 2012.

The fifth edition of the Assessing Regional Integration in Africa Report was launched at the summit. It highlighted the need to strengthen existing Regional Economic Communities (RECs) as small economies and populations could better be utilised through consolidation.

African leaders set out their vision and a plan for integration of the continent over two decades ago when they signed the Abuja Treaty in 1991. The treaty sought to eventually establish the African Economic Community (AEC) in which African economies would have merged into a single monetary and economic union.

However, given the nature of the challenges Africa faces, is this linear model still appropriate and the best option for Africa? It envisages a progression along the lines of that of the EU from free trade area to customs union then common market and eventually monetary and political integration. Given the recent challenges experienced in the euro zone as well as the slow progress in implementing existing integration initiatives on the continent, it is time to relook at the best way forward and define the “African way” of integration.

African leaders need to move away from abstract and grandiose notions to more pragmatic solutions to the integration conundrum. We should not ignore the lessons learnt from the European and Association of Southeast Asian Nations (Asean) ways, for example, but it is critical that the approach of the continent reflects the realities of economic development in Africa and the global economy.

The focus of the RECs differ, together with the nature of implementation of agreements. There are already examples from African regions that demonstrate that a strictly linear model might not be the only way to achieve progress.

For example, the Economic Community of West African States (ECOWAS) has moved ahead in freeing up the movement of people in the region without first having a fully functioning free trade area and customs union. Some other groupings in Southern and Western Africa have leapt ahead to establish forms of monetary union. Co-operation between the central banks in the Southern African Development Community (SADC) is one of the unsung areas of regional progress.

The time has come to focus on those areas where a real difference can be made to improve integration rather than devoting limited resources to possibly endless negotiations on the removal or reduction of tariffs, not to mention the challenges of reaching agreement on a common external tariff required for the operation of a customs union. Countries should look beyond the short-term losses in tariff revenue and work towards achieving better integration. The most common example of an alternative priority for integration is to focus on infrastructure development in support of intra-African trade.

Much has already been done to identify and cost Africa’s infrastructure needs. This has included the formation of the Presidential Infrastructure Champions Initiative, led by South Africa which shows strong commitment to the issue at African, national and international level.

It would be useful to look beyond the physical infrastructure for the continent to the necessary supporting network services that are required to encourage trade, such as finance, energy and telecommunications. While the infrastructure focus is commendable, even more important is the need to ensure that there are effective policies to complement this development. 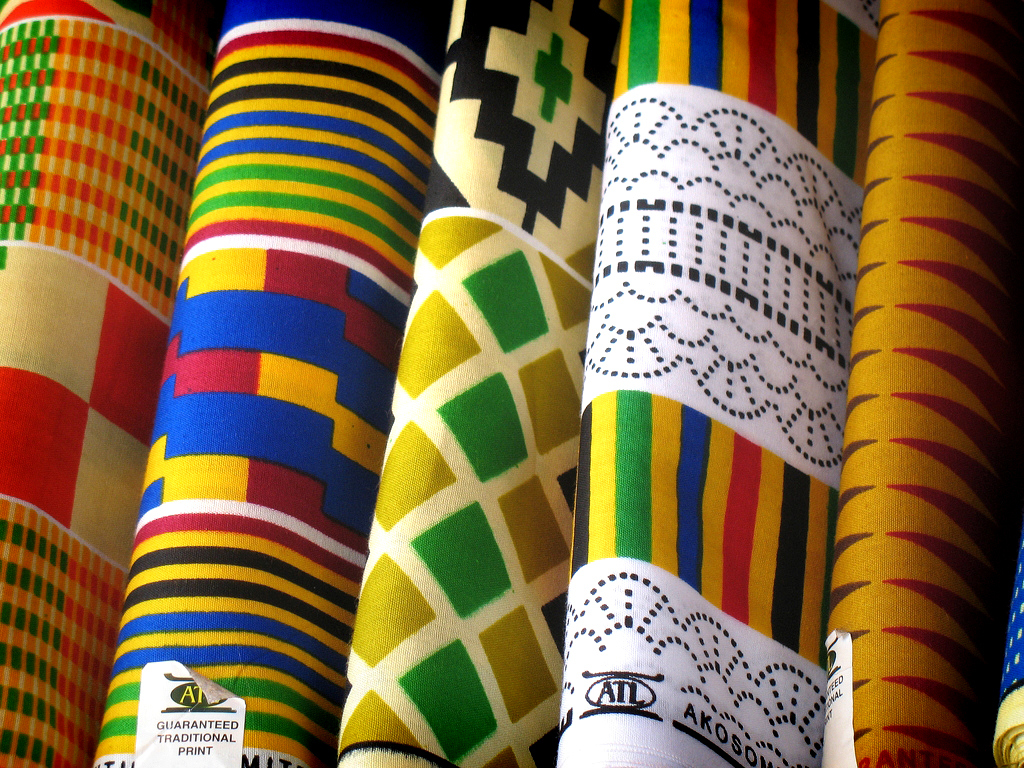 Image: African-made textiles for sale at a market in Accra, Ghana (c) Luke and Kate Bosman

New or improved border posts and ports can only do so much without the added efficiency of the people. An improved regulatory environment will create a more predictable investment climate for business, and thereby increase foreign direct investment and in turn, development leading to further integration.

Trade not only requires government support but private sector activity. Strengthening the business community in Africa, especially exporters, will not only be good for trade but can also contribute to job creation and economic development.

In most countries on the continent, parastatals still control extensive economic spheres, hence marginalising the role of the private sector. Regionalism in Africa has tended towards being driven from above and has not made inroads with business people and the general public. Public-private dialogue also needs great improvement if private players, who contribute substantially to gross domestic product and directly experience the effects of national or regional policies, are to be allowed to contribute more to the integration agenda.

The Pan African Private Sector Trade Policy Committee (Paftrac), launched at an AU meeting in Ghana in November last year, has the potential to be one of the important interlocutors in using business as a partner in driving the intra-African trade process if it is shaped as a truly representative and capable body.

Paftrac can also work with the recently established high-level African trade committee comprised of the presidents of eight regional economic communities whose mandate is to see to the unlocking of trade barriers to reach the deadline.

The principle of sovereignty is still very strong in Africa and may be the reason states shy away from accelerated integration. Once the political will is guaranteed, it will be easier to harmonise commercial policies. The RECs need to share good practices and build on areas with little or no conflict to engage in further integration efforts at a macro level.

The Minimum Integration Programme proposed by the AU for 2009-2012 is instrumental in this regard. It seeks to encourage the RECs to deal with non-contentious issues first, and then proceed to iron out more complex ones later. A new strategic plan was tabled at the recent summit with a 2030 vision for the launch of a coherent African Economic Union.

Greater integration would lead to a bigger market for goods and services and increase the potential for a significant increase of trade at the intra-African level. The AEC would also allow for a stronger voice in global trade negotiations.

The fact that African countries do not trade much with each other has meant that they have been unable to fully harness the synergies and complementarities of their economies and take full advantage of the economies of scale and other benefits that greater market integration can provide.

China’s BRI and the AfCFTA: Potential Overlaps, Complementarities and Challenges