Ahead of FOCAC and toward Agenda 2063: A timely window for African think tanks to take the lead

This year is seen as an important step towards implementing Africa’s future development plans. With the MDGs drawing to a close, the post-2015 development agenda for the continent is framed around Agenda 2063.

Despite a strong push to promote an internally led process on African priorities, partnerships with the outside world still occupy an important role. China has, over the years, turned into one of the continent’s most prominent external partners, alongside other emerging powers as well as more long-standing relationships with Europe and the US. Of all Africa’s external partners, it is China – at least from an official point of view – that is perceived as aggressively pushing for a stronger foothold across the whole continent.

In this twofold dynamic, South Africa is set to play an important part by hosting both the AU mid-year summit in June and, as co-chair, the sixth high-level meeting of the Forum on China-Africa Cooperation (FOCAC) at the end of the year.

This is even more salient following the inclusion of the African Union Commission (AUC) into FOCAC as a full member in late 2011. However, notwithstanding the upgrade from observer to full member status, the AU remains merely a basic member of the forum with the same standing as any other member. Since its inauguration in 2000, this multilateral platform between China and Africa has gradually established a range of sub- or ad hoc- forums, which are held in parallel to FOCAC and are focusing on areas such as agriculture, science and technology, youth, law, women, culture as well as exchanges between think tanks. The China-Africa Think Tank 10 + 10 platform, currently bringing together 8 Chinese and 8 African institutions, was launched in 2013 by the Chinese government.

This academic forum, which aims to increase collaboration between African and Chinese think tanks, offers a useful space for dialogue and exchange around research ideas and policy insights. Yet, at the same time, this platform also mirrors some of the key challenges and opportunities underpinning the official Chinese engagement with Africa. While there is a widespread perception that FOCAC was initiated by Beijing, the idea of a multi-partnership with China originates to a large extent from African stakeholders. Consequently, it is also possible and necessary for African think tanks to own, contribute and help drive the agenda.

Currently, this potential seems nonetheless to be hampered by a lack of co-operation, co-ordination and collaboration when it comes to research on China-Africa related topics. Being embedded in specific socio-economic and political contexts, ranging from least-developed countries to economic powerhouses also shapes the core research interests of different think tanks in Africa. Furthermore, this often leads to difficulties in reaching agreements and embracing broader regional perspectives when meeting and engaging with Chinese counterparts.

To enhance intra-African interactions as well as research collaboration on a more regular and continuous basis, the South African Institute of International Affairs (SAIIA) has organised an African think tank initiative. A closed workshop, entitled ‘Priorities, challenges and opportunities for Africa: Sustainability through partnerships with China?’, brought together representatives from think tanks and academia from all over Africa (beyond the 8 pre-selected African think tanks by China), in addition to senior officials from the AUC, the African Development Bank, the Nepad Planning and Coordinating Agency as well as from the South African government, to discuss China’s role in contributing towards African development priorities.

‘What does Africa want (and need) from China?’ appears to be one of the key questions underpinning the relationship from Africa’s perspective. Apart from infrastructure development (especially transport and energy), which is commonly seen as a basic requirement to initiate more inclusive growth, the answer is far from clear. To some extent, this is directly related to the asymmetrical configuration of the ‘one’ versus the ‘many’. In other words, although FOCAC is structured as a multilateral platform, the vast majority of deals with China are negotiated bilaterally, with each African country striving to occupy a privileged position.

Although official partnerships between China and Africa are almost exclusively managed at state level, African think tanks, universities and research institutions can play an important part in ensuring that African priorities are more effectively inserted into these partnerships. One possible step in this direction would be to regionalise partnerships under the framework of the Regional Economic Communities (RECs). This would not only help in formulating more accurate and region-specific demands, but also enhance transnational projects and regional integration. It would also enable African countries to better package their demands, as well as provide, as a block of countries, more weight and leverage in negotiating terms with China. The recent MoU on continental infrastructure development and industrialisation signed with the African Union, as well as the setting up of a permanent mission to the AU, shows that Beijing is willing to actively contribute to increasing regional integration, one of the key pillars of Agenda 2063. It is also important to strengthen the role of the AU Commission in engaging with the FOCAC process.

In years to come, China’s presence across Africa is not likely to fade. This creates a timely opportunity for African think tanks to provide useful insights regarding the maturing of the Chinese presence and unfolding of further relations with the continent. Notwithstanding Africa’s recent move to the centre stage of the world’s interest (framed around the rhetoric of ‘Africa rising’), African governments often resort to external expertise instead of utilising and supporting their own academic and think tank competence. A pre-requisite for understanding the modes of engagement with China in the long run and its implications for African priorities call for deeper and more extensive knowledge of China. In this regard, African students who have completed part or their academic curriculum at Chinese universities can also make a significant contribution upon their return to their country of origin.

African governments will be well served to support the internal production of research-based knowledge on the multi-faceted aspects of Sino-African relations. It is also necessary to create opportunities for African think tanks and research institutions to engage more efficiently and frequently with African policy makers. Structured and frequent engagement of the AU and its regional bodies with Africa’s epistemic community creates an opportunity to pool and make use of collective resources. These are minimum requirements in realising the full scope and ambition of Africa’s development priorities. 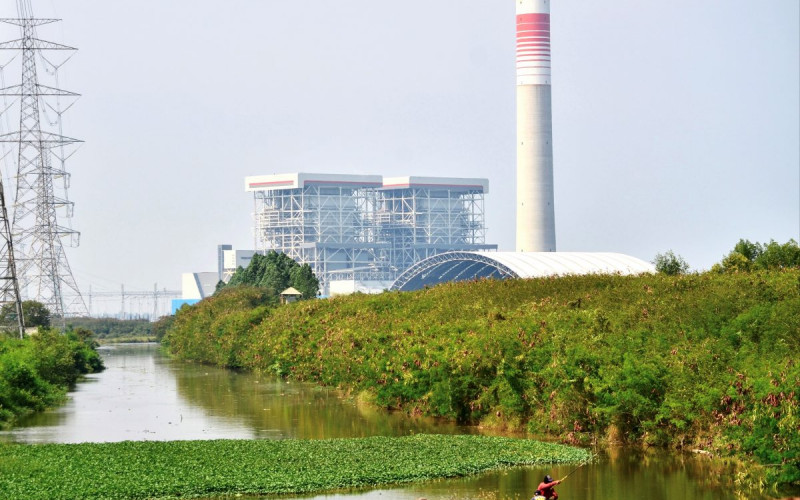