The South African Institute of International Affairs (SAIIA) is pleased to announce the commencement of a new three-year project on the peaceful use of nuclear technology in advancing development in Africa, called ‘Atoms for Development’.

The first-ever project of its kind in Africa is funded by the Norwegian Ministry of Foreign Affairs and will focus on the nexus between nuclear security in securing global peace and nuclear technology in catalysing development towards Africa’s achievement of the Sustainable Development Goal (SDG) Agenda.

A credible, robust nuclear non-proliferation regime is essential to facilitate the peaceful use of nuclear energy. Without safe and secure handling of nuclear material, plants, reactors and waste disposal, Africa’s ability to utilise nuclear technology for its developmental objectives in Agenda 2063 and the UN’s SDGs is compromised.

The project coincides with several global nuclear energy developments such as the opening for signature of the Treaty on the Prohibition of Nuclear Weapons (TPNW, or the Nuclear Ban Treaty) in 2017, the long overdue operationalisation of the African Commission on Nuclear Energy (AFCONE) of the Pelindaba Treaty (the African Nuclear Weapons Free Zone Treaty) and the forthcoming Review Conference of the Treaty on the Non-Proliferation of Nuclear Weapons (NPT) in 2020. These and other developments have significant political and developmental implications for African states.

Africa is one of only two regions in the world that has adopted a continent-wide nuclear-free zone captured in the Pelindaba Treaty. This treaty includes the establishment of oversight mechanisms to closely monitor countries’ adherence to it and established the African Commission on Nuclear Energy (AFCONE). AFCONE plays an important role in advancing the peaceful application of nuclear science and technology in Africa and in providing support to States Parties to benefit fully from nuclear science technology applications in the areas of health, agriculture and energy. It is also actively engaged in global and regional efforts towards disarmament and non-proliferation.

African nuclear countries regularly post updates of nuclear developments in their respective domains to the International Atomic Energy Agency (IAEA). SAIIA will be working closely with both AFCONE and the IAEA to strengthen African engagement with the Pelindaba Treaty and to strengthen nuclear governance and compliance in the region.

Specifically, the project aims to enhance states’ ability to benefit from the peaceful use of nuclear technology by focusing on two pillars. The first is on building capacity and greater awareness in Africa to enhance compliance with various non-proliferation obligations; and on safeguarding the security of nuclear material and facilities in Africa against accidents, theft and negligence. The second focuses on providing a strong evidence-base to inform African countries’ strategies on nuclear technology for development.

SAIIA believes that unless states comply with regional and global nuclear governance regimes, developing domestic capacity using nuclear technology as a catalyst for key development priorities would be difficult. 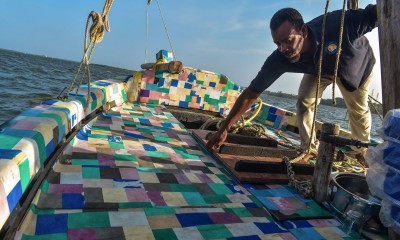 Think beyond, live within: What to expect from the 4th UN Environmental Assembly 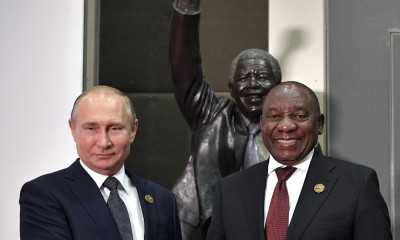 BRICS energy cooperation: Why Russia and South Africa still need each other