Not much give from China in its relationship with Africa

Despite a warm African response to the recent ‘Extraordinary China-Africa Summit on Solidarity Against Covid-19’, not much new came out of the virtual meeting. Crucially, there was no movement on cancellation of the $150bn in concessional loan debt.

On 17 June, China’s President Xi Jinping met virtually with his African counterparts in what was officially called the “Extraordinary China-Africa Summit on Solidarity Against Covid-19”.

Despite the high-flown name, the summit was not the occasion for particularly notable announcements.

In fact, it is arguably more notable for what was not announced:

In the first place, Xi’s address to his African counterparts did not include any major new announcements of packages designed to help Africa overcome the Covid-19 pandemic. Rather, the measures he mentioned were already announced during his address to the World Health Assembly in May. These include the ongoing donations of protective gear, the deployment of Chinese medical teams to the continent and the facilitation of Africa countries’ procurement of Chinese-made medical supplies. He also mentioned that China will speed up its building of the new Africa Centre for Disease Control – a controversial project that had been previously announced, and has subsequently been dragged into wider disputes between the US and China.

In the second place, he did not announce any major initiatives to help Africa overcome the economic impact of the pandemic. Many African countries are facing the wrenching choice of whether to honour their loan commitments or channel those repayments into emergency healthcare. China is the continent’s biggest bilateral lender, and Xi’s announcement during the summit that some African loans will be written off was taken as a victory for the continent.

However, a closer look throws cold water on this idea. What he actually announced was that Chinese interest-free loans that are maturing in 2020 will be written off. Interest-free loans only make up a fraction (about 9%) of the total Chinese lending to the continent. The majority of Chinese loans to Africa are concessional loans, and they are not up for cancellation. Historically, Chinese institutions have only cancelled interest-free loans ($3.4-billion between 2000 and 2019, according to a recent report by the China-Africa Research Initiative at Johns Hopkins University). This means that Africa’s repayments of the roughly $150-billion of mostly concessional loans from China will continue.

It is important to point out that China joined the G20’s plan for a temporary freeze on bilateral debt repayments, and in his summit address Xi called for the repayment suspension period to be extended. However, the initiative only relates to bilateral debt, and does not touch private bondholder debt, which now makes up 31% of Africa’s total debt load.

Xi also did not announce support for the UN Economic Commission for Africa and others’ call for a blanket repayment freeze for all African debt. Rather, he echoed previous comments from Beijing that China will renegotiate loans on a case-by-case basis. In his address he “encouraged” Chinese financial institutions “to hold friendly consultations with African countries according to market principles to work out arrangements for commercial loans”. This case-by-case approach is, again, standard Chinese operating procedure, but it has also set a precedent for the continent’s Eurobond and other private lenders to similarly drag their feet while time is running out for African countries to arrange an alternative before facing default.

Finally, Xi did not issue an apology for early April’s events in the southern Chinese city of Guangzhou, where a sudden spike in Covid-19 infections spiralled into a campaign of discrimination against the city’s large African population. Africans (and other black residents) were subjected to extended quarantines despite having had no exposure to the virus, refused service in shops and restaurants, and expelled from their homes. The subsequent flood of videos of this mistreatment on social media elicited a crisis in China’s relations with several African countries. Notably, Nigerian legislators tabled a motion to investigate the legal status of all Chinese citizens and businesses in the country. The Speaker of the House of Representatives even summoned the Chinese ambassador and subsequently posted a video of him being shown some of these videos – an unprecedented move in China-Africa diplomacy.

While Xi did not explicitly address the Guangzhou crisis, he did say: “We oppose politicisation and stigmatisation of Covid-19 and we oppose racial discrimination and ideological bias. We stand firm for equity and justice in the world.” This section of the speech seems to function as a kind of catch-all. Depending on one’s inclination, one can read it as a coded acknowledgement of the racism inherent in the Guangzhou incident. Official Chinese accounts had previously dismissed the incidents as the result of the over-zealous implementation of health regulations, while strenuously denying that racism exists in China.

However, it could also be read as a swipe at the US in the context of the Black Lives Matter protests, or even at the US-led campaign for an investigation into the origins of the pandemic – one which African countries recently backed in the WHO.

This kind of reading between the lines can easily obscure what seems to me to be the wider aim of the summit as a whole: to shore up African support at a moment when China faces numerous international pressures, including renewed tensions with the United States, India, and some of its neighbours in the South China Sea. Simultaneously, it also seems focused on setting some parameters for the China-Africa relationship for the short term, probably at least until the 2021 Forum on China-Africa Cooperation summit. It seems aimed at signalling to the continent that China will likely have limited bandwidth and capacity for African initiatives in the short term.

So far, the official African response to the summit has been warm. However, the Guangzhou crisis and the wider disruptions of 2020 will likely also occasion a rethinking of aspects of the relationship from the African side. China is a crucial partner to Africa, especially at a time of disengagement by traditional partners like the United States and Europe, and the continent has limited room to manoeuvre.

But that does not mean Africa is powerless, and the Covid-19 crisis could subject the relationship to significant new pressures.

The impact of Chinese tech provision on civil liberties in Africa 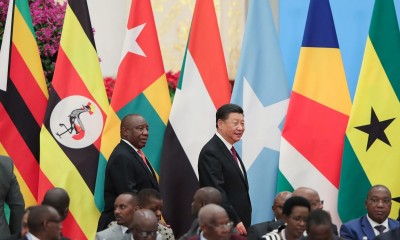 How Chinese investment is contributing to economic transformation across Africa 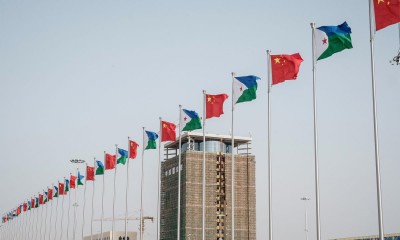 African agency and Chinese power: The case of Djibouti 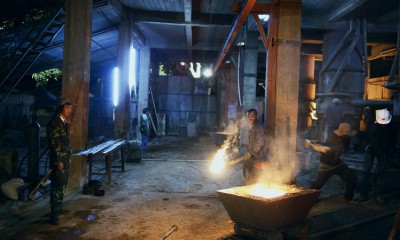