The African Growth and Opportunity Act At a Glance

In the lead up to the US-Africa Leaders’ Summit, taking place from 4 to 6 August, all eyes are on the future of the African Growth and Opportunity Act (AGOA). South Africa currently qualifies trade preferences under the Act, along with 38 other African states. But just what is the Act, why is it important, and what is the current state of trade between the US and Africa?

What is AGOA?
The African Growth and Opportunity Act is a US-Africa trade deal that has been in effect since 2001. It grants duty free access to the US market for qualifying African states, without requiring any market opening in return. AGOA expires on the 30th of September 2015, and its renewal is currently being debated before the US Congress.

Which countries qualify for AGOA?
The 43 countries of sub-Saharan Africa are eligible for AGOA preferences, provided they meet certain conditions. These conditions include a commitment to the rule of law, a market-based economy, and internationally recognised workers rights, as well as a pledge to work towards eliminating barriers to trade and investment with the United States. Four countries have failed to meet these conditions and have lost AGOA preferences – the DRC, Guinea-Bissau, Mali, and Swaziland.

Does South Africa benefit from AGOA?
Yes. South Africa is eligible for AGOA market access, which is estimated to contribute 62,395 jobs to the South African economy. 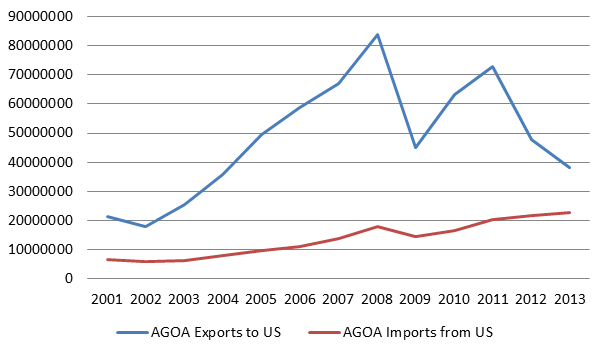 Source: All data used in the graphs in this article has been sourced from trademap.org

AGOA’s exports to the United States initially grew faster than exports from the rest of the world, however they have recovered more slowly after the global financial crisis of 2008. 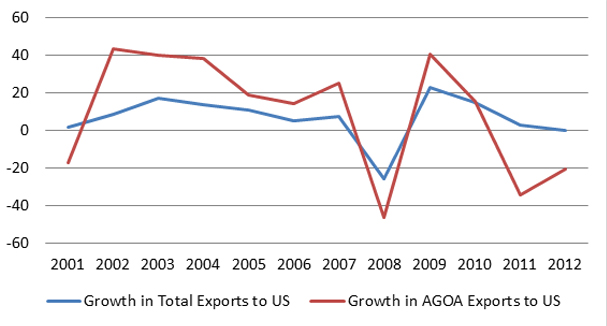 Which AGOA countries export most to the United States?
The three largest AGOA exporters are Nigeria, Angola and South Africa – however Nigeria and Angola primarily export oil. If energy exports are removed, South Africa is by far the largest export partner for the US, followed by Kenya, Lesotho and Mauritius. 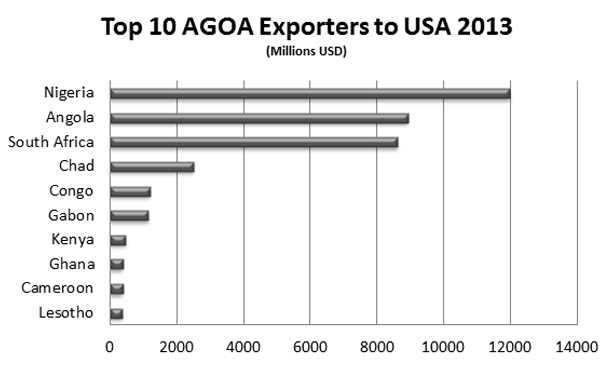 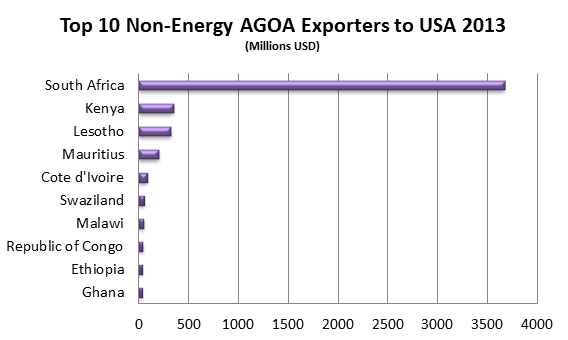 While overall trade is high, the distribution of trade amongst AGOA countries is unequal. Half of AGOA-eligible countries export less than $1 million to the United States.

What do AGOA countries sell to the United States?
AGOA’s exports to the United States are dominated by energy and commodities. Mineral fuels, oils, and distillation products make up 68% of US imports from AGOA, and this figure rises to 88% if South Africa’s exports are removed. Some manufactured goods – particular clothing and others textiles – have been growing fast, but remain small compared to commodity exports. 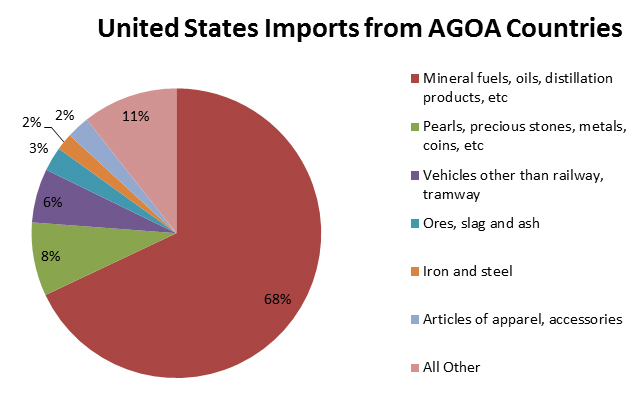 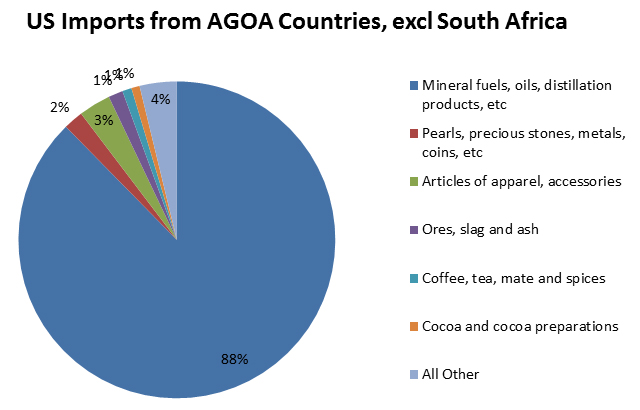 South Africa’s trade with the US does not follow this pattern, and include the export of a large quantity of high-end manufactured goods, particularly vehicles and their component parts. 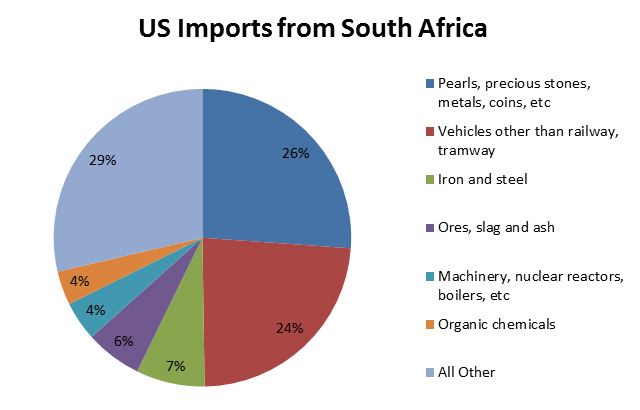 How does the AGOA group’s trade with the US compare to other partners?
During AGOA’s lifetime, the United States has been overtaken by China as a destination for exports from AGOA countries, and has fallen further behind the European Union in the aftermath of the financial crisis. 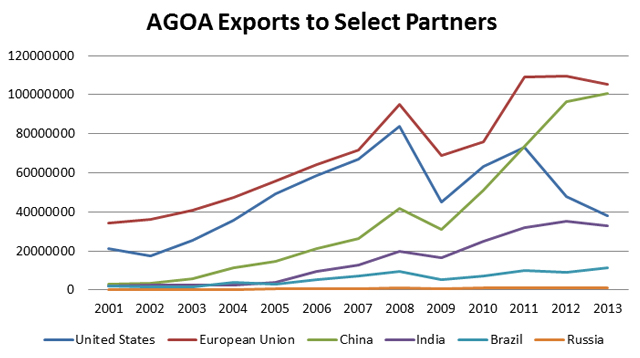 How can I find more information?
SAIIA has the following experts available from the Economic Diplomacy Programme for comment on AGOA:

To arrange for interviews contact the media department on media@saiia.org.za.

Is the AfCFTA the ‘Game Changer’ for Africa?