The UN Security Council: Is South Africa ready for the prime time?

It is nearly four months since the rebellion started in Libya and it seems that the intervention sanctioned by the United Nations Security Council (UNSC) has reached a stalemate.

Muammar Gaddafi is still in power and while the rebels have kept their ground they have not made a significant advance on Tripoli.Thousands of civilians have lost their lives and the cost of the military campaign to the United States alone is said to be in excess of $750 million. Could the governments that voted in favour of Resolution 1973 have foreseen the stalemate and the protracted nature of the campaign? To be more specific, did  South Africa foresee that our ‘yes’ vote would contribute to the seemingly endless bombardment of Libyan targets without a decisive outcome?

The intervention in Libya is no longer driven by the noble principle to protect civilians from an oppressive regime; but by an unofficial policy of regime change by NATO. Gaddafi and his regime are viewed by NATO Chief Anders Fogh Rasmussen as the main stumbling block in the way of a peaceful settlement; this view is shared by the head of British armed forces General Sir David Richards.  This begs the question as to whether South Africa correctly assessed the intent and motivation behind the supporters of military intervention in Libya.

The answers vary depending on who you talk to.  Many observers imply that South Africa had simply succumbed to coercion by the US and its allies France and Britain. Others suggest that given South Africa’s clear aspirations to become a permanent member of the UNSC, she aligned her vote with possible supporters of this endeavor. Yet a third explanation, the one South Africa’s ambassador to the UN, Basso Sangqu prefers, is that we voted in line with the principle of the Responsibility to Protect (R2P). If this was indeed the case, then our position was also in line with the Constitutive Act (Article 4(h), 4(j) of the African Union (AU) that underwrites the protection of civilians in the case of war crimes, genocide and crimes against humanity.

The African Court on Human and People’s Rights, on which South African judge Bernard Ngoepe is serving, ruled on 25 March 2011 that Libya must: ‘… immediately refrain from any action that would result in loss of life or violation of physical integrity of persons, which could be a breach of the provisions of the African Charter on Human and Peoples’ Rights or of other international human rights instruments to which it is a party.’ However, it should be noted that the African Union heads of state never publicly commented on the legality of a no-fly zone.

Lastly, South Africa’s ‘yes’ vote could also have been influenced by the support for a no-fly zone received from the Arab League, in accordance with the theory of proximity. At face value, it seems that South Africa’s ‘yes’ vote was in line with the sub-regional view and its African and human rights agenda. It apparently also secured the explicit exclusion of ‘foreign occupation’ when the wording of the resolution was thrashed out.

However, ambassador Sangqu admitted that there are loopholes in Resolution 1973 that South African diplomats missed.  These are directly linked to the implementation of the resolution.

Were these loopholes apparent beforehand? The answer to this is not to be found  in the ‘yes’ vote but within the concerns raised by those governments that abstained from voting.

China and Russia’s concerns were directly linked to the potential maneuvering room that the resolution afforded those who may have wanted to use it for the pursuit of national agendas. South Africa ignored the concerns raised by its BRICS (Brazil, Russia, India, China and South Africa) partners based on an assessment that the prohibition of foreign occupation would be sufficient to prevent such a narrow pursuit of agendas other than saving civilian lives. But this was possibly naïve.  The pronouncement in this regard by Ramesh Thakur, former UN Assistant Secretary-General and R2P commissioner, is harsh. He sees this as a sign that South Africa is not ready for the “prime time” afforded to nations that serve on the Security Council.

What guidelines should South Africa use in the future to prevent the embarrassment of having to make an about-turn on its decisions? The following four precautionary principles should be applied:

•    Human rights approach: Does our position pass the human rights test? South Africa’s intention should always be to stop or avert human rights abuses. This higher goal should not be open to manipulation by other nations, especially the P5, the five permanent members of the UNSC who have veto power. However, a human rights approach, especially if it is a narrowly defined African issue, needs the endorsement of the region. This places a special responsibility on South Africa’s diplomats to win friends in our region in support of such an approach.

•    Last resort: Military intervention must be considered as a last resort and only once all other non-military options have been exhausted. South Africa and the AU were slow to react. The threat of intervention combined with a political solution could have offered a much more effective bargaining option with Libya than the current situation.

•    Proportional means: The intensity, scale and duration should be clearly defined. This should exclude regime change as a potential outcome because intervention should be limited to protecting civilians. There is every possibility that the removal of Gaddafi could lead to a power struggle amongst the Libyan rebel groups that could lead to further bloodshed and a new Iraq. This should be of particular concern to Europe given its close geographical proximity to Libya.

•    Reasonable prospect: The end result of the intervention should be to halt all atrocities. The outcome of the intervention should not create an end result worse than the one it is attempting to resolve. The prospect of a better outcome in Libya is balanced on a knife’s edge. There is no guarantee that Libya without Gaddafi or a divided Libya will be one without further bloodshed. 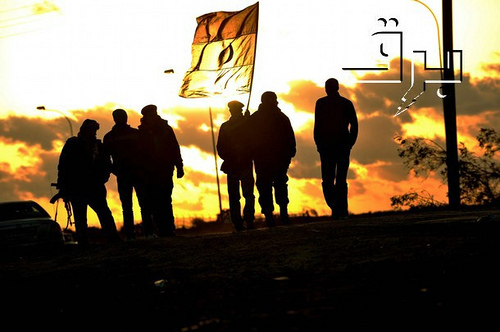 What are the options now? As noted by Dr Mark Almond, Visiting Professor in International Relations at Bilkent University, Ankara, ‘Graceful exits are rare in revolutions, but the offer of secure retirement can speed up and smooth the change.’ Is the time ripe for Africa to step to the fore and offer Gaddafi a “graceful exit” in light of the Libyan regime’s seemingly renewed willingness to enter into a ceasefire? Political asylum costs far less, also in human lives, than what is being spent on the current campaign to oust him.

But more importantly, the Libyan case study shows how important it is that South Africa carefully weigh all dimensions of each case before her in the UNSC. As a non-permanent member of the UNSC she is confronted daily with the most vexing conflicts facing our world. A policy that is guided by clearly articulated principles is critical to ensure sound decision-making and to avoid the criticism that we now face for our laudable vote on Libya.

[1] States proximity based on geography, religion and ethnicity would enable them to be better informed than nation further away.