The sudden recall from South Africa of Chinese ambassador Lin Songtian was initially interpreted as being a demotion. But the contrary appears to be true – it now looks as though his deft use of Twitter has propelled him into another role: A combatant in the growing US-China media confrontation.

And then he was gone: Lin Songtian, China’s outspoken ambassador to South Africa, who has reshaped how Beijing communicates with the continent, has left South Africa. His departure was hastened by the Covid-19 crisis, but his tenure will have a lingering impact in Africa and beyond.

Ambassadors come and go – why should Africa focus on this particular one? The reason is that Lin is not a normal ambassador. By the time he took up the post in 2017, he had already held three ambassadorships on the continent (Zambia, Liberia and Malawi), and served as Director-General for China-Africa relations in the Ministry of Foreign Affairs.

This means he is one of the key architects of China’s entire relationship with Africa. His appointment to the South African ambassadorship followed the Chinese precedent of choosing senior appointees for this post and was a sign of the importance of South Africa as a central partner for China on the continent.

Lin is famously outspoken. Traditionally, Chinese ambassadors have been wary of media outside government control, but he became known for freewheeling news conferences that could take hours. During these briefings, he wasn’t shy to express his frustration and disappointment with South Africa, touching on crime, government dysfunction and the difficulty of investing here.

Initial reports about his departure speculated that this criticism might have gone too far and ruined the relationship with the South African government, prompting a recall (which could equal a demotion.) This is probably not the case.

While almost all details about Lin’s departure remain a mystery, my sense is that it doesn’t signal a breakdown in the China-South Africa relationship. South Africa remains an important partner to China due to its BRICS membership, the country’s relatively solid infrastructure and skills base, and its strategic position between two oceans. South Africa is also unlikely to pick a fight with its largest trading partner during an unprecedented health and economic crisis.

However, his departure could signal that the polarity of China-Africa relations is shifting. Lin wasn’t only ready to point out South Africa’s governance lapses, he was quick to compare it to places where Chinese companies are thriving: Ethiopia, Kenya and Rwanda. None of these will replace South Africa immediately, but in speaking with him, one sensed that they could.

But this might not even be the largest shift signalled by his move. Lin was one of the pioneers in one of the biggest recent changes in Chinese diplomacy in Africa and the rest of the world – its sudden pivot to Twitter. This was part of a wider directive from the Foreign Ministry late in 2019 for diplomats to exhibit “fighting spirit” on issues that cast China in a negative light.

Many of Lin’s opinions on Twitter didn’t pertain to Africa: He quickly emerged as a key critic of the United States. He wasn’t afraid of lashing out at officials like Secretary of State Mike Pompeo, or even calling US policy on Hong Kong “evil”.

After the announcement of his departure, he kept tweeting right until his official account was disabled. Again, this could be taken as a demotion, but in the initial reports on his departure, a source within the embassy suggested that Lin is actually being promoted. He hinted at this in his farewell letter: “Returning to China, I will assume a new post for a new chapter.”

Lin’s emergence as a shoot-from-the-hip Twitter star is arguably a clue to what this new chapter could entail. It is possible that he could join one of a growing group of Chinese diplomats seemingly focused on taking on the US in the media.

If so, he would be joining the ranks of Zhao Lijian, a former diplomat to Pakistan, now Foreign Ministry spokesperson, who has gained fame on Twitter as an exceedingly sharp critic of the US and a proponent of the controversial theory that Covid-19 was created in the US. Lin’s US comments have already drawn some attention from the right-wing press in the US. Fox News and Breitbart, who feed talking points to Republican Party supporters, and President Donald Trump in particular, have started to respond to his tweets.

If Lin is elevated to a position where he spends more of his day fighting online, it could be one signal among many that diplomacy itself is evolving in the Trump era. After all, these so-called attack-dog diplomats aren’t unique to China. The Trump administration has elevated Twitter warriors like Ric Grenell, its ambassador to Germany, to globally prominent positions, proving that being able to pick fights online is now a bankable new diplomatic skill. This is not surprising, considering Trump’s own use of Twitter.

A flashy delivery of Chinese emergency aid to Africa this week was accompanied by allegations on the Facebook page of the Chinese embassy in Botswana that the US promised aid to Africa, but didn’t deliver. These could be the first shots in a wider media war between the US and China on Covid-19 and a sign that Africa will inevitably lie at the heart of this conflict. 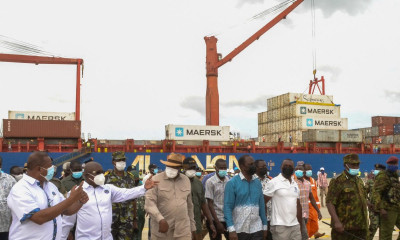 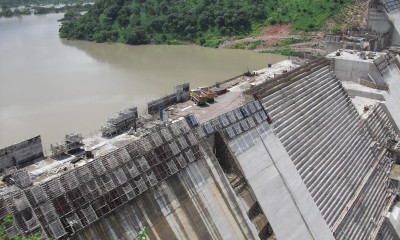