Sixty years after the first nuclear weapons tests were conducted in Africa, many countries on continent are exploring how nuclear energy could be used for socio-economic development.

Seventeen African states have already expressed interest: some have active nuclear research and development programmes, while others are investigating the possibility of a nuclear build. For the time being, South Africa has the continent’s only operational nuclear power plant, but this will change in the near future.

To promote knowledge and awareness around the peaceful use of nuclear energy in Africa, there is a need to strengthen relevant bodies responsible for nuclear governance on the continent and improve national-level legislation on nuclear safety and security. The following four videos and these key messages and policy recommendations aim to promote public debate on how the continent could harness nuclear power to achieve its development goals.

Many African countries already possess natural resources required for nuclear energy, and according to Article IV of the Treaty on the Non-Proliferation of Nuclear Weapons, have the right to the peaceful use of nuclear technology. This could specifically be used to achieve developmental objectives in the African Union’s long-term vision Agenda 2063 and the Sustainable Development Goals (SDGs) endorsed by the United Nations. However, with rights come responsibilities.

Countries interested in nuclear energy firstly need to ensure the safe and secure handling of nuclear materials, plants, reactors and waste disposal. Messaoud Baaliouamer, the Executive Secretary of the African Commission on Nuclear Energy (AFCONE), emphasises the need to cultivate a safety culture in countries interested in the pursuit of nuclear energy at all levels: directing the responsibilities of the national regulatory authority and the general population.

It is also important not to see nuclear technology as the only solution to development and to consider the costs involved. Knox Msebenzi, the Managing Director of the Nuclear Industry Association of South Africa, advocates for adding nuclear energy to a country’s energy mix. He adds that African states embarking on nuclear builds need to ensure that they pay competitive interest rates to make these projects cost-efficient. While it may take 20 to 25 years to pay off loans to build nuclear power plants, the plants have a lifespan of 50 to 60 years.

Indeed, many countries on the continent are already achieving progress in adding nuclear to their energy portfolio. Egypt plans to become the second country on the continent with a nuclear power plant; and construction of four nuclear reactors is under way. According to Noel Stott, Senior Researcher at the Verification Research, Training and Information Centre, Ghana, Kenya and Nigeria are a tier below: still developing nuclear infrastructure, creating necessary laws and regulations, training personnel and establishing a regulator. All these hurdles must be overcome prior to getting a licence and starting construction of nuclear plants and reactors.

There is a clear need for practical policy recommendations for African governments already using nuclear energy for peaceful purposes, and those planning to do so in the future. Given that this is a new area for most of them, it would also be worthwhile for these governments to share lessons learned and best practices with each other. This would include closely cooperating with established nuclear actors in the North and South, as well as continental and regional organisations, such as AFCONE and the International Atomic Energy Agency. Such cooperation would assist aspiring nuclear powers in establishing credible, robust nuclear non-proliferation regimes which are essential for the safe and peaceful use of nuclear energy.

We welcome input from experts, academics and the general public interested in nuclear energy. Please feel free to submit your recommendations for African governments that are pursuing nuclear builds and messages about the peaceful use of nuclear energy on the continent to Yarik.Turianskyi@wits.ac.za. 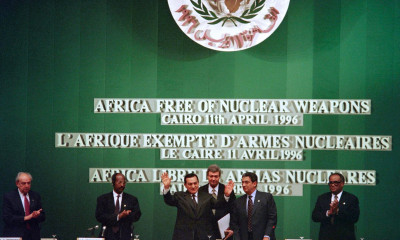 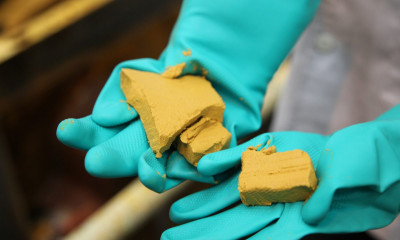 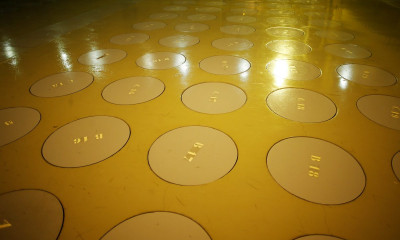