100 Seconds to Midnight: What Could be Done to Bolster Nuclear Disarmament Globally?

This policy briefing assesses the current state of global nuclear disarmament against the background of the Bulletin of the Atomic Scientists’ adjusting its Doomsday Clock to 100 seconds to midnight on 23 January 2020, as well as the global COVID-19 pandemic.

This policy briefing assesses the current state of global nuclear disarmament against the background of the Bulletin of the Atomic Scientists’ adjusting its Doomsday Clock to 100 seconds to midnight on 23 January 2020, as well as the global COVID-19 pandemic. It does so by focusing on three main aspects of global nuclear disarmament: urgency, action and mechanisms, and highlighting existing challenges in this regard. These include the vast size of nuclear arsenals in spite of efforts to reduce them, nuclear states’ remaining outside the Treaty on the Non-Proliferation of Nuclear Weapons (NPT), and the lack of diplomatic trust between players. In terms of positive developments, the Treaty on the Prohibition of Nuclear Weapons (Ban Treaty) entered into force on 22 January 2021. The next phase of disarmament diplomacy needs to include multilateralism, global civil society and nuclear norm ‘antipreneurs’, who remain outside the Ban Treaty.

This policy briefing assesses the current status of nuclear disarmament globally, with specific reference to the potential effects of COVID-19 on denuclearisation. On 23 January 2020 the authoritative Bulletin of the Atomic Scientists adjusted its so-called Doomsday Clock to 100 seconds to midnight.1Gayle Spinazze, “Press Release: It Is Now 100 Seconds to Midnight”, Bulletin of the Atomic Scientists, January 23, 2020The Bulletin has maintained this timing and position in its 2021 assessment.2John Mecklin, “This is your COVID Wake-Up Call. It is 100 Seconds to Midnight. 2021 Doomsday Clock Statement”, Bulletin of the Atomic Scientists, January 27, 2021.Since its establishment in 1947, the Doomsday Clock, and ‘midnight’, has become a barometer of global nuclear threats and vulnerabilities, such as climate change and disruptive technologies. The Bulletin’s 20-second adjustment of the Doomsday Clock in 2020 brought it the closest yet (100 seconds) to the apocalyptic nuclear midnight. Barely two months later, on 11 March 2020, the World Health Organization (WHO) declared COVID-19 a global pandemic.3World Health Organization Europe, “WHO Announces COVID-19 Outbreak a Pandemic”, March 13, 2020.

Academics and diplomats alike have spent the better part of 2020 trying to establish the impact of COVID-19 on international affairs. This has been no minor undertaking. Globally, nuclear questions and crises have been affected by the pandemic. For example, the 2020 NPT Review Conference, scheduled for April and May 2020 in New York, did not take place. In Africa, the Conference of Parties of the Pelindaba Treaty (the African Nuclear Weapon-Free Zone Treaty) was also postponed. Finally, the pandemic has not slowed down the nuclear ambitions of states such as North Korea. This policy briefing will attempt to answer the question: what can be done to bolster nuclear disarmament globally? It will do so by focusing on three main aspects of global nuclear disarmament, namely urgency, action and mechanisms.

Urgency, or: The clock is ticking

Global nuclear arsenals remain large despite numerous efforts for decades to reduce them. At the start of 2020 the nuclear arsenal of nine nuclear-armed states (China, France, India, Israel, North Korea, Pakistan, Russia, the UK and the US) was estimated at 13 400, down from 13 865 in 2019.4Stockholm International Peace Research Institute, “Nuclear Weapon Modernization Continues but the Outlook for Arms Control Is Bleak”, Press Release, June 15, 2020.Yet despite these reductions, diplomatic trust remains low and goodwill seemingly absent as China, Russia and the US continuously modernise their arsenals.5SIPRI, “Nuclear Weapon Modernization Continues”.Moreover, unilateralism has added further vulnerabilities, unpredictability and insecurity. In 2019 Russia withdrew from the 1987 Soviet–US Treaty on the Elimination of Intermediate-Range and Shorter-Range Missiles. A year earlier, in 2018, then president Donald Trump had withdrawn from the Joint Comprehensive Plan of Action (JCPOA), a multilateral agreement to rein in Iran’s nuclear ambitions in exchange for sanctions relief. In early November 2020 the International Atomic Energy Agency (reported that Iran had 12 times more low enriched uranium in its stockpile than agreed to in the JCPOA.6“Iran’s Low-Enriched Uranium Stockpile 12 Times Beyond Limit: IAEA”, Al Jazeera, November 11, 2020.

Besides this, India, Israel and Pakistan, for example, remain outside the NPT, with nuclearambitious Iran and North Korea in various phases of achieving some of their aspirations. In summary, the clock is 100 seconds to midnight. Unilateralism and distrust prevail, whereas the global goodwill deficit remains. What action is required to improve the status quo?

A plethora of solutions have been offered in the past, complemented by numerous diplomatic initiatives and photo ops after some sort of an agreement has been reached. Yet despite scepticism, recent events have offered an insight into what is possible.

On 23 October 2020 the Ban Treaty reached the required 50-state ratification requirement and subsequently entered into force on 22 January 2021. On an unrelated, but important note: this was two days after the inauguration of new US President Joe Biden. The US, a major nuclear weapons state, is not a signatory to the treaty.

Seemingly, the Ban Treaty was ratified in record time, only three years after 122 UN members adopted it on 7 July 2017. Be that as it may, it was the culmination of a decades-long effort to operationalise the nuclear taboo (ie, on acquiring, maintaining and using nuclear weapons), and here lies the hope: consistent action. This saw two novel – and instructive – mechanisms: a new narrative and a role for small non-nuclear weapons states.

For decades, the slogan ‘Ban the Bomb’ was etched on demonstrators’ posters. State elites accused these protesters of being out of touch with national security imperatives. However, over time the same message was relayed using a different narrative. The Humanitarian Initiative emerged among like-minded small- to middle-power states at the 2010 (Austria, Chile, Costa Rica, Denmark, Egypt, Holy See, Indonesia, Ireland, Malaysia, Mexico, New Zealand, Nigeria, Norway, Philippines, South Africa and Switzerland) and 2015 (original 16 plus an additional 143 states) NPT conferences. By recasting nuclear weapons as weapons with a unique humanitarian impact that affects all humankind, a so-called ‘humanitarian turn’ was achieved. This confirmed the failure of traditional diplomatic channels to achieve nuclear disarmament, and the power of new ideas (a new narrative), a normative approach and the role of actors other than superpowers and rogue states. In fact, the success of the Ban Treaty has been ascribed to the following six factors:

Nina Tannenwald put it more succinctly, explaining the success of the Ban Treaty’s adoption and ratification in terms of four contributing factors.8Nina Tannenwald, “The Humanitarian Initiative: A Critical Appreciation”, in Non-Nuclear Peace: Rethinking Peace and Conflict Studies, eds. T Sauer, J Kustermans and B Segaert (Cambridge: Palgrave Macmillan, 2020).First, the process resulting in the entry into force of the Ban Treaty has succeeded in stigmatising the development, use and storage of nuclear weapons.

Second, disarmament politics have become increasingly democratised through the involvement of non-state actors. Global transnational movements such as ICAN, a global coalition of approximately 450 civil society organisations, have played a significant role in advocating for the adoption of the Ban Treaty. For its work on this, ICAN was awarded the 2017 Nobel Peace Prize.

The third factor is the legal codification of the prohibition of nuclear weapons. It is thus no longer just immoral and unethical to develop, store and use nuclear weapons but also illegal.

The fourth contributing factor is the application of a normative strategy of disarmament. Such a strategy emphasises changing norms, ideas, attitudes, principles and discourse. This approach has resulted in changing the mindset of states vis-à-vis the meaning and impact of nuclear weapons.

Indeed, the Ban Treaty is a significant milestone in achieving global nuclear disarmament. Stigmatising nuclear weapons, their production, maintenance and use in a single treaty is a major global achievement. It is also important to recognise that the achievement of the Ban Treaty has been the success of ‘little people’; small and/or non-nuclear armed states and global civil society (Tannenwald’s ‘democratisation of disarmament politics’, ie, the involvement of non-state actors in the process), not superpowers and rogue states with too many atoms to split. Obama’s famous speech in Prague and his series of Nuclear Security Summits did make a difference, but the heavy lifting was done by seemingly small diplomatic actors, including African states: Egypt, Nigeria and South Africa.

The Ban Treaty is but one mechanism to bolster global nuclear disarmament. Despite its laudable intentions and entry into force, many nuclear armed states and aspiring armed states have not ratified it. These include the five nuclear weapons states officially recognised as possessors of nuclear weapons in terms of the NPT (China, France, Russia, the UK and the US), three nuclear armed non-signatories to the NPT (Israel, India and Pakistan), North Korea (which announced its withdrawal from the NPT in 2003) and Iran. These 10 states are outside the normative and legal framework of the Ban Treaty and determine the fate of almost 8 billion people.

Martha Finnemore and Katryn Sikkink published a seminal article on norm dynamics in 1998.9Martha Finnemore and Kathryn Sikkink, “International Norm Dynamics and Political Change”, International Organization 52, no. 4 (1998): 887–917.Their work forms part of the so-called ‘normative turn’ in international relations and, among others, is an attempt to explain why and how change in international relations occur. They ascribe change to changes in norms and propose a model on the lifecycle of norms. The authors identify the importance of norm entrepreneurs, ie, an individual, organisation or state that puts an issue on the diplomatic agenda. Once the norm entrepreneur has caught the attention of like-minded states or actors, norm cascade takes place. During this phase, other actors are introduced and subscribe to a new idea, norm or narrative. For real change to occur, Finnemore and Sikkink’s third phase – norm internalisation and thus universalisation – is critical. This is the next critical phase. But, how does the world get to it?

The wealth of diplomatic history lies in, among others, its many instructive gifts. Norm entrepreneurs involved in the Ban Treaty process studied the successes and failures of the Oslo Accords and the Ottawa Process in search of inspiration. They examined state pathology and diplomatic practice, and innovated and collaborated with states and non-state actors alike.

The next phase of disarmament diplomacy undoubtedly must include multilateralism, global civil society and nuclear norm ‘antipreneurs’, ie. the 10 states mentioned earlier. Whereas academia has a relatively good understanding of global norm entrepreneurs, scholarship on norm antipreneurs is in relative infancy.

This means that one needs to combine the normative and humanitarian in the study of international relations with a pathological element. Studies on states and their pathologies are increasingly shedding light on state identity and behaviour – studies that have amply benefitted from the presidency of Trump, for instance. Similarly, one needs to understand Kim Jong-un in a pathological sense, as leaders (democratic and otherwise) can and do project their own pathology onto their state apparatus, and vice versa. This approach is novel as it adds political psychology to state behaviour and diplomatic practice. Nonetheless, the fact remains: when norm entrepreneurs set out to formulate the Humanitarian Initiative, their ideas were novel and unprecedented. This innovative approach has been effective.

Conclusion: From midnight to a new dawn

The stigmatisation and criminalisation of nuclear weapons have been achieved. The next phase should strengthen nuclear export regimes and restrict the mobility of nuclear skills. The factors that contribute to change in nuclear settings have been outlined earlier. How, then, can state and non-state actors proceed to move the Doomsday Clock back by bolstering nuclear disarmament globally? The 2021 NPT Review Conference, scheduled for August 2021, is a unique opportunity to review the state of nuclear disarmament. It will be the first NPT conference since the entry into force of the Ban Treaty and the first in the era of the COVID-19 global pandemic. The pandemic has caused many states and societies to reconsider their norms and future direction in a post-pandemic world. This should be a world free of nuclear weapons and a world where human development, rather than further human annihilation, occurs.

SAIIA is grateful to the Norwegian Ministry of Foreign Affairs for supporting the Atoms for Africa’s Development project. 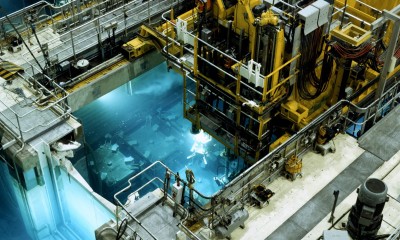 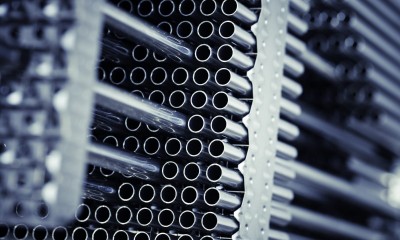 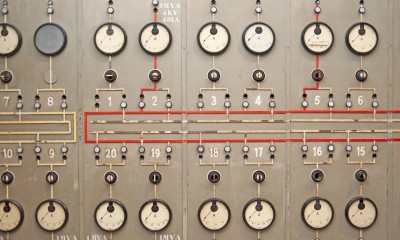 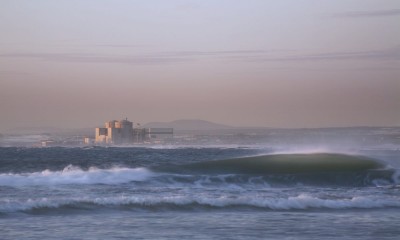 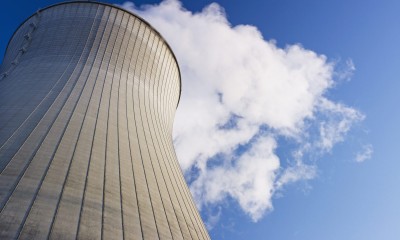