BRICS, Africa and global economic governance: achievements and the future

From 25 to 27 July 2018, South Africa is hosting its second BRICS summit and the 10th since the BRICS’ establishment. Since joining the BRICS in 2010, South Africa has added its weight to global economic governance reform, specifically of the Bretton Woods institutions (BWIs), with the view to make them more representative and responsive to developing country concerns.

BRICS membership has also provided South Africa with a platform to advocate for African issues. This paper explores both the efforts of the BRICS in advancing reforms in international financial institutions (IFIs), considering specifically how coherent and united the grouping has been in these efforts and the extent to which each member of the group has benefitted. Two surveys of BRICS experts and African stakeholders also assess South Africa’s stated agenda of supporting and advancing African interests in the grouping. The paper presents several recommendations on strengthening intra-BRICS collaboration on global economic governance reform against the backdrop of current economic and geopolitical uncertainty. It also highlights how African needs could be better supported both through the BRICS’ multilateral engagement with African countries: specifically through the New Development Bank and bilaterally through various bilateral BRICS-Africa forums.

Africa after COVID-19 and the retreat of globalism 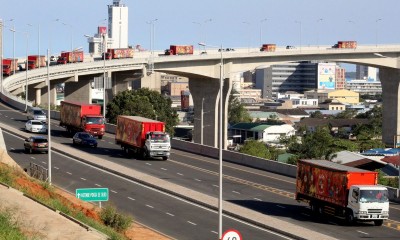 Guidelines for implementing PPPs in SADC